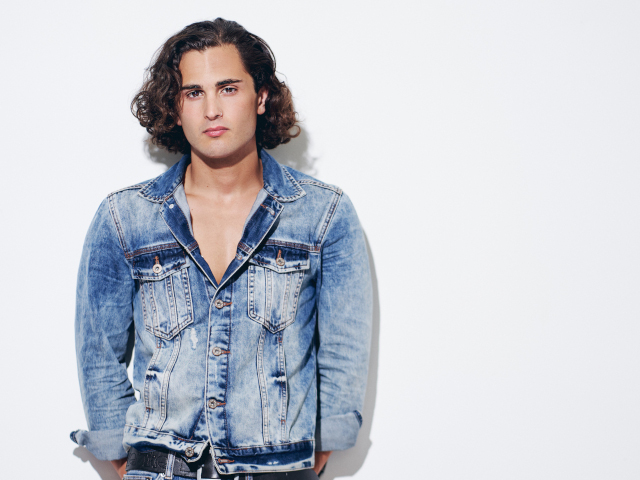 Glossy artist and producer Christian Ruiz has shared Miss You; an effervescent slice of soothing electronic pop. A track detailing unexpected connections alongside calm hooks and airy vocals, as well as Christian's debut single as a solo artist, Miss You is also accompanied by a music video to dynamically transport you into Christian's magnetic creative world.

Miss You bubbles with warm electronic instrumentation, hypnotic rhythmics and Christian's buoyant delivery throughout, morphing hints of The Weeknd, Ryan Tedder and Justin Bieber beneath Christian's fresh charm; a fact made even more cohesive with mastering on the single by Colin Leonard who has previously worked alongside Justin Bieber, as well as Beyonce, Paul McCartney and Migos. Equally melodic, sentimental and irresistibly passionate, Miss You also showcases a resounding narrative, centred around accidental meetings, apprehension and, finally, acceptance, as Christian elaborates, "It's about finding someone you didn't expect to come across, knowing you have a strong connection with them, but being too afraid to admit it and then denying it."

The film clip for Miss You enhances the delicate subject matter and swooning arrangements, with Christian editing, co-producing and co-directing the video alongside cinematographer Joshua Menzel. Perfectly reflecting the shift in mood and lyrics throughout the glistening tune, from gnawing negativity to ultimate acceptance, the clip places Christian firmly on display as he personally moves through the emotive journey towards an optimistic conclusion, as he elaborates, "The basic concept of the clip is me being in a desolate place, struggling to get through life and being transported to a dark place with a build up of thoughts. But it has a positive ending which brings authenticity to the song's honest meaning."

Mixed by Liam Quinn (Rita Ora, Ruel, Illy), Miss You may mark the first official chapter in Christian's solo artistic adventure, but he's certainly no stranger to the musical realms, starting from a young age when he was drawn to teaching himself how to record and produce, before moving on to work as a producer and, finally, arriving at his dream pathway in 2022: creating and releasing his own music. Prior to unveiling Miss You, Christian produced hip hop music, and had travelled to Los Angeles and Atlanta to work with artists and producers, leading to him being offered a contract with the godfather of trap music Zaytoven (Usher, The Weeknd, Drake, Young Thug, 21 Savage). But with a door unexpectedly closing, having to return back home to Australia due to the COVID-19 pandemic, some soul-searching ultimately revealed to Christian an open and extremely ready creative window; and one he is ready to share with the world, as he explains, "It feels exciting and scary at the same time to release something so close to my heart. I hope that people will relate and resonate with what I have created."