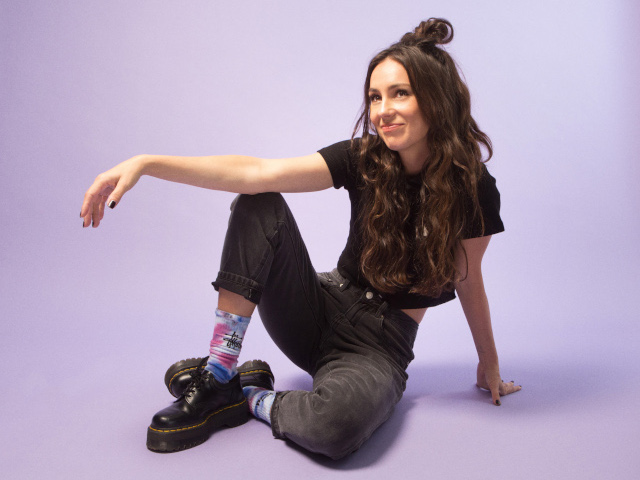 Fresh off her Cry Forever arena tour, ARIA award winner and alt-pop singer songwriter, Amy Shark has announced she'll be hitting the road for a mammoth 42 date regional tour of Australia across May, June, July and August this year, presented by triple j, Handsome Tours, Select Music and Rage More.

With one show still remaining on her national run (Perth's RAC Arena set for May 13), Amy Shark will now bring her critically acclaimed Cry Forever and Love Monster albums to regional fans right across Australia on her See U Somewhere tour. The tour will kick off at Bunbury Regional Entertainment Centre on May 19 before taking in a further 9 dates in WA (supported by Dulcie), and will then move through NT (supported by Prayer Corby), NSW (supported by Adam Newling), ACT, VIC (supported by Yorke), SA (supported by Jess Day) and TAS (supported by Tyler Richardson), then heading north for 7 shows in her home state of QLD (supported by Cult Romance), finishing up at Tanks Arts Centre in Cairns on August 29.

"I'm the happiest when I'm on stage performing and I can't wait to travel further into Australia where I've never been before, to explore some of these towns and meet everyone, it's going to be a fun one."

After bursting on to the global music scene in 2016, Amy Shark's 6 x Platinum single Adore put her on the map as one of Australia's most formidable emerging songwriters. This was followed by APRA award winning (Song Of The Year) 6 x Platinum and number one Australian airplay chart hit, I Said Hi and the 2019 3 x platinum single Mess Her Up. Shark's debut/breakthrough #1 ARIA album and Platinum-certified LOVE MONSTER was recognised in 2018 with four ARIA awards (Album of the Year, Best Female Artist, Best Pop Release, Best Producer [Dann Hume]) and was nominated for another five. LOVE MONSTER went on to become the highest selling album by an Australian artist for 2018. Not one to slow down, even in a global pandemic, 2020 saw Amy release her ARIA award winning, 2 x Platinum accredited single, Everybody Rise, which is nearing 37 million streams globally and spent 12 weeks in the top 10 Australian airplay chart. Amy's latest album, CRY FOREVER was her second #1 ARIA debut holding the top spot for two weeks consecutively. Shark teamed up with blink 182's Travis Barker on Gold accredited single C'MON and global superstar Ed Sheeran to co-write platinum single Love Song's Ain't For Us featuring Grammy award winning artist Keith Urban. Today Amy has amassed 798 Million combined global streams.

Thrilled to be performing such an epic run of shows around Aus, and showing her endless gratitude for the huge love from her regional fans, Amy enthuses, "I don't know when I'll get the chance to do a huge Australian run like this again so if I'm coming to your town you are mine that night! No excuses."

Tickets go onsale to the general public at 10am local time on Wednesday 30 March, for tickets and further information, head to her website here.