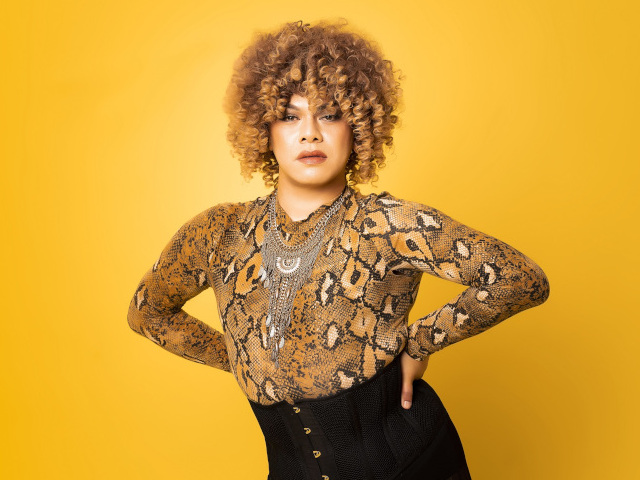 Antipodes Theatre Company presents, as a part of the 2022 Midsumma Festival, the Australian premiere season of

Greek tragedy meets Queer ball culture in this fierce and fabulous new play, adapted from Euripides' The Trojan Women and inspired by the seminal documentary Paris is Burning.

House mother, Hecuba, has dedicated her life to protecting her children and the chosen family that they all cling to for comfort and support. Embracing rituals of dancing and opulence provide them with an escape from the prejudices of the world around them, and the violence they endure from the men in their lives. But when a mysterious plague begins to rip through their community, they face their biggest challenge yet as they are forced to engage with a society that doesn't understand or even value their existence…

A modern observation of HIV/AIDS that recontextualises Greek characters as Queer bodies of colour, And She Would Stand Like This is a powerful roar and fight for survival. Making its international premiere at the 2022 Midsumma Festival, this compelling new work is not to be missed.

Launching in 2019, Antipodes Theatre Company seeks to provide a collaborative and inclusive environment for producing independent theatre in Melbourne. They strive to maintain an inclusive and safe workspace, with productions that have a dedicated focus on working with women, ethnically diverse artists, people with disability, trans and non-binary people, seniors, and other members of historically or culturally marginalised communities who are not well represented on stage.

This season is proudly supported by the City of Melbourne Arts Grants.