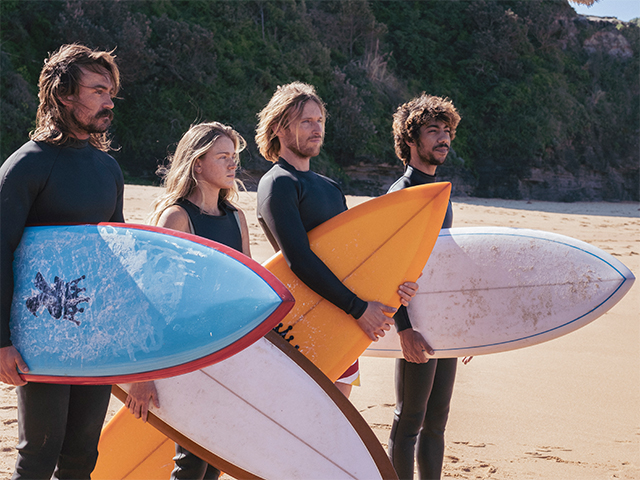 Combining the hedonistic world of surfing and the cutthroat culture of entrepreneurship, the exhilarating eight-part series Barons premieres Sunday 24th April at 8.30pm on ABC TV with all episodes available to binge on ABC iview.

Set in 1971, at a time of sexual liberation and social change, Barons captures a unique moment of upheaval and opportunity as a new surfing counterculture and the spirit of enterprise collide.  Continuing ABC's commitment to showcase world class Australian drama.

Barons tells the story of a surf-crazed group of hippy friends who turn their backs on the world in search of their ideal patch of surfing paradise. Little do they know that their desire for ultimate freedom and the perfect wave will take them from the beach to the boardroom, creating billion-dollar empires. But in doing so, best friends are about to become bitter rivals.