Samantha Jane Morton (born 13 May 1977) is an English actress, screenwriter and director. She has received critical acclaim throughout her career and has won a BAFTA Award, one BIFA Award, one Golden Globe Award, and has been nominated once for an Emmy Award and twice for an Academy Award.

Brought up in Nottingham, Morton joined the Central Junior Television Workshop, and soon began her career in British television in 1991. She guest-starred in Soldier Soldier and Cracker and appeared from 1995 to 1996 in the ITV series Band of Gold. She made the transition to film with lead roles in the dramas Emma (1996), Jane Eyre (1997) and the well-received Under the Skin (1997), for which she won the Boston Society of Film Critics Award for Best Actress. The latter made director Woody Allen cast Morton in Sweet and Lowdown (1999), which earned her nominations for the Academy Award and the Golden Globe for Best Supporting Actress.

In the 2000s, Morton continued to draw critical praise for her performances in numerous arthouse and independent films such as Pandaemonium (2000) and Enduring Love (2004). Her role in Morvern Callar (2002) garnered her the BIFA Award for Best Actress, and she received her second Academy Award nomination, this time in the Best Actress category, for In America (2003). She also found mainstream success with the science fiction thriller Minority Report (2002) and starred in River Queen (2005), earning a nomination for the New Zealand Screen Award as Best Actress. For her role as Myra Hindley in 2006's television biopic Longford, she received BAFTA TV Award and Emmy Award nominations and won the Golden Globe Award for Best Supporting Actress – Series, Miniseries or Television Film. Morton starred in the dramas Control (2007), Mary, Queen of Scots in Elizabeth: The Golden Age (2007), Synecdoche, New York (2008) and The Messenger (2009), and she made her directorial debut with the television film The Unloved (2009), winning the BAFTA TV Award for Best Single Drama.

Her most recent acting credits include the science fiction action film John Carter (2012), the thriller Cosmopolis (2012), the drama Decoding Annie Parker (2013), the period film Miss Julie (2014), the European limited series The Last Panthers (2015), the film adaptation Fantastic Beasts and Where to Find Them (2016), BBC's Rillington Place (2016) and the ITV series Harlots (2017).

In the mid 1980s, Johnny (Paddy Considine) and Sarah (Samantha Morton) immigrate to New York with their two...

Jim Sheridan's In America, which he wrote with his daughters Naomi and Kirsten, is very loosely based on the...

At the beginning of the millennium, major cities across Europe were targeted in a series of daring jewellery... 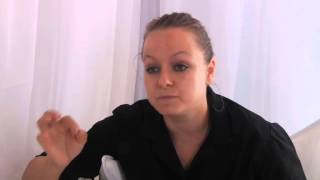 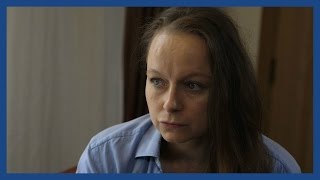 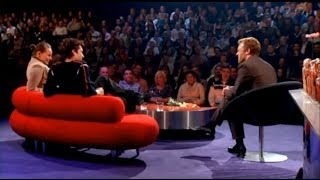