Her career began in 1963 with appearances on CBC's Time of Your Life. She became a regular host of Razzle Dazzle in 1965 while attending school at Alderwood Collegiate. She appeared in films throughout the 1970s and 1980s such as Face-Off (1971). In 1979 Young was hired to supply the voice of the groupie on the track "One of My Turns" from Pink Floyd's album The Wall. She was nominated as best supporting actress in the 4th Genie Awards for her role in the film Melanie (1982). 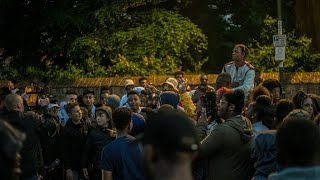