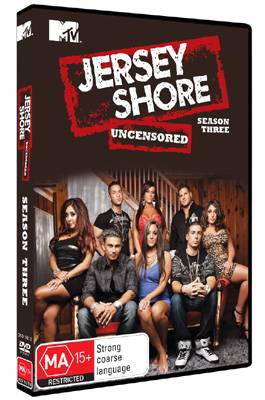 Thanks to Paramount here is your chance to win one of 5 x Jersey Shore Season 3 DVDs.

After the drama of Miami in Season 2 (The Situation nearly burning the house down, Ronnie's on again off again creeping, Angelina getting it on with Vinny as well as Snooki'sSmush and thendisappearing into the wild blue yonder, and, of course, THAT anonymous letter), well, the gang are headed back to the Guido heartland for the third season of the MTV's smash hit series -Jersey Shore.

It seems like the break has not cooled the gang off at all. Deena "Blast in a glass" Cortese, a long-time friend of Snooki's, and the replacement for the now permanently departed Angelina, doesn't take long to make an impression - if making an impression includes a strip tease for The Situation and starting a brawl. Ronnie and Sammimay not be going out any more (sort of)but they are stillupsetting their housemates by missing out on "family dinner". It is a big deal apparently.

Jersey Shore Season 3 includes all 13 episodes of the original season plus the end of season reunion special, a host of special features including extended scenes, featurettes, confessionals and a bonus episode -the pilot of the UK spin off series Geordie Shore. 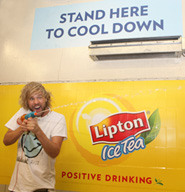