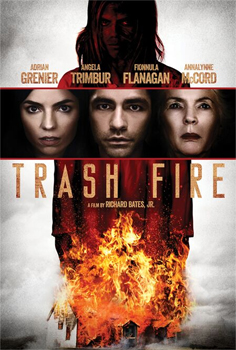 Thanks to Bounty Films here is your chance to win one of 10 x Trash Fire DVDs.

Owen (Adrian Grenier) is an alcoholic misanthrope prone to seizures. His girlfriend Isabelle (Angela Trimbur) is sexually disinterested but still won't leave. She forces Owen to visit the grandmother (Fiona Flannagan) and sister (Annalynne McCord) he's abandoned after a family tragedy he causes, which claimed his parents. What they find at grandma's house is sinisterly horrifying, but it may just save their relationship.