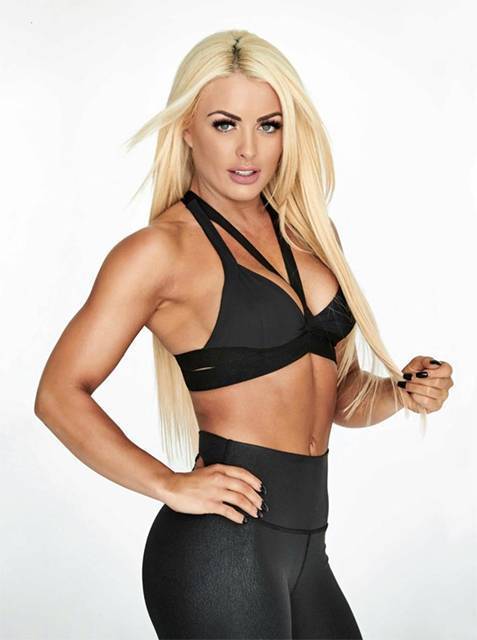 In a match that amounted to a battle for WWE Superstar, Mandy Rose's affection, Otis defeated Dolph Ziggler on Night 2 of WrestleMania36 this past Sunday. Mandy Rose involved herself in the match when she walked down to ringside and slapped longtime partner Sonya Deville before entering the ring and delivering a low blow to Ziggler. The match led to the feelgood moment of the night where Otis finally got his kiss from Mandy Rose which led fans wondering what will happen to team Fire & Desire.

Mandy signed a contract with WWE the same night of the finale of "Tough Enough," and was also sought after to become a main cast member of season 5 of E!'s "Total Divas." E!'s "Total Divas" is a reality television series that gives viewers an inside look into the lives of female WWE wrestlers, from their work within WWE to behind-the-scenes footage from their personal lives. After the spotlight she received on her season, WWE highlighted her "Fire and Desire" tag team partnership with fellow superstar Daria Berenato (aka Sonya Deville) and the duo have become unstoppable ever since.

These modern-day Wonder Women are the ultimate example of fighting against all excuses to lead to a better version of yourself, being on the road over 300 days a year, they have mastered balancing a healthy and active lifestyle and their obsession with food. The pair recognizes that women are put under extreme pressure to look a certain way while eating a restrictive diet, and they combat these stereotypes to demonstrate that you can be in excellent shape while enjoying the pleasures of life. That same passion led them to create DAMANDYZ, the increasingly popular YouTube channel that documents their many travels, food addiction and the ultimate search for "the best donut in the world."

When she's not traveling the country for SmackDown Live year-round or tasting each city's best donuts, Mandy spends her time working out, cooking, bike riding and supporting LGBT initiatives