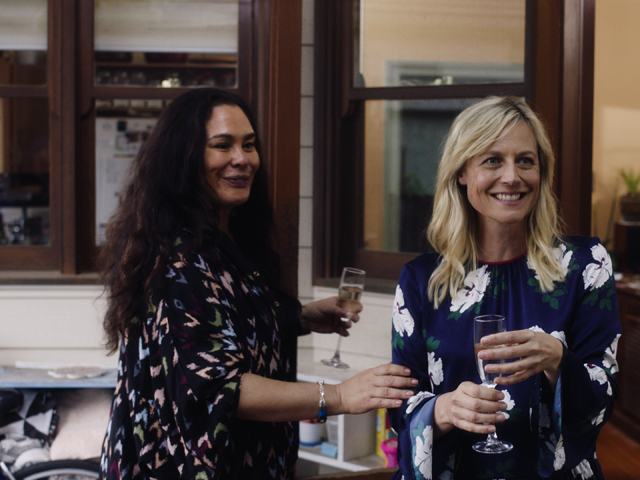 Queer Screen's 27th Mardi Gras Film Festival (Festival) captures the continuing evolution of queer film and characters. Running from 13 – 27 February in Sydney, the Festival returns to the Inner West with over 20 screenings at Dendy Newtown, in addition to Hayden Orpheum and principal venue partner Event Cinemas George Street, before touring to Canberra, Parramatta, Lismore, Newcastle and the Blue Mountains in March. Tickets are now on sale at queerscreen.org.au.

"Our 2020 theme 'Evolve, Emerge, Fly' reflects both the continually improving quality of the local and international films on offer as well as the diversity of emerging Australian talent", explains Queer Screen Festival Director Lisa Rose. "It also represents the broader evolution of queer film, as we move beyond 'coming out' stories to tell all sorts of stories, through all sorts of characters, in all genres."

"In addition, several films examine how LGBTIQ+ people seek to belong from a global perspective. When we look at the movement of people around the world, whether forced or voluntary, we see that ultimately, we all just want to belong somewhere and the truth is, we belong everywhere," she added.

Some of the Festival's most powerful films directly address the persecution and displacement of LGBTIQ+ people including the meditative FIREFLIES from Iran; LABEL ME which follows a Syrian refugee in Germany and UNSETTLED: SEEKING REFUGE IN AMERICA, an insightful documentary about asylum seekers in the USA.

For the first time in its 27 year history, the Festival opens with an Australian feature film, ELLIE & ABBIE (AND ELLIE'S DEAD AUNT). A heartfelt rom com, the film was shot in Sydney and shines a light on our own civil rights movement through a teenage lesbian love story. It is portrayed by a fantastic cast including Marta Dusseldorp (Stateless, Janet King), Rachel House (Thor: Ragnarok, Hunt for the Wilderpeople) and Julia Billington (Starting from...Now), alongside emerging talents Zoe Terakes (Wentworth) and Sophie Hawkshaw as the lovestruck teens.

AN ALMOST ORDINARY SUMMER closes the Festival. Set on the Amalfi Coast, this is a cheeky and moving comedy that brings two Italian families together when their patriarchs shock everyone with the news they are engaged.

Centrepiece of the Festival is one of the most acclaimed LGBTIQ+ films of 2019, AND THEN WE DANCED. A film about rivalry, desire and defiance, the powerful drama is set in a traditional Georgian dance school. It sparked scenes of violent protest in Georgia when it screened there. Nominated for the Queer Palm award at Cannes Film Festival, it has won multiple audience awards including NewFest (New York LGBTQ Film Festival) and the Golden Duke award at the Odessa International Film Festival.

1 of 4 Another first for the Festival is Queer Scream, a program strand on queer horror films that includes arguably the most fun film in the program, transgender and lesbian vampire flick, BIT. Transgender actress Nicole Maines (Supergirl) won the LA Outfest Outstanding performance in a US feature award for her lead role.

OUT HERE is a joint initiative from Network 10 and Screen Australia which will include three short documentaries spotlighting the diversity of LGBTIQ+ lives and communities in regional Australia. Following the world premiere at the Festival, these local films will screen on 10 Play during Mardi Gras.

Other exciting Australian episodic productions screening during the Festival include the world premieres of lesbian detective comedy WITHOUT A TRACEY and sexy pansexual drama CLOUDY RIVER, which received completion funding from Queer Screen.

An additional World Premiere is T11 INCOMPLETE, telling the story of a paraplegic lesbian and her carer, a recovering alcoholic. The film will be presented by visiting writer/director Suzanne Guacci.

Developed from a play that started a revolution and changed laws in Bolivia, TU ME MANQUES is an innovative film that turns a deeply personal story into a universal call for love and acceptance. THE GLASS ROOM, based on a novel shortlisted for the Man Booker prize, is an epic historic film about a lavish 30 year love story between two women in the former Czechoslovakia.

A timely inclusion as religious freedom is increasingly used as an excuse to target our LGBTIQ+ community, FOR THEY KNOW NOT WHAT THEY DO is a moving documentary focusing on four gay and transgender Americans and their devout Christian families that shines a light on the love and acceptance possible within faith, while profiling the continued struggle for acceptance.

CHANGING THE GAME which won the audience award for Best Documentary at both Frameline and LA Outfest, takes us into the lives of three transgender high school athletes in the US. Experiencing both success and fierce resistance in the world of sports, this film is their urgent, articulate plea. This screening will be followed by a panel discussion Game Change: Affirmation and Inclusion in Australian Sport presented with Pride in Sport.

Not to be missed is TOP THREE, the bittersweet animated feature about what happens when our dreams don't quite fit into our reality. Taking the LA OutFest audience award for best narrative feature, and featuring wonderfully inventive animation, the film follows Anton and David to picturesque Sweden, vibrant India, beautiful Japan, and inside Anton's mind at its most euphoric and neurotic.

Screening for free is ARE YOU PROUD?, the intersectional documentary that tracks the rise of UK Pride from its beginnings through to the diverse range of Pride celebrations that exist today.

This year Queer Screen welcomes a new Co-Chair Matt Janssen, who has taken over from Joe Duggan, and who will retain the role of Membership Director in addition to Co-Chair responsibilities.

"We want to thank Joe for all his hard work, enthusiasm and good humour over the last four years", said Queer Screen Co-Chair Cheryl Kavanagh. "We are so grateful for his work and delighted to welcome Matt to the position who brings with him a wealth of knowledge and experience from both the corporate and community sectors. We are very excited for the future of the organisation and this year's Festival as we head into a new decade."

Tickets for all films are on sale now including flexi passes to 5 or 10 films. Download the Queer Screen Mardi Gras Film Festival app, visit queerscreen.org.au or call (02) 9280 1533 to book. Become a Queer Screen member for discounted tickets and priority entry