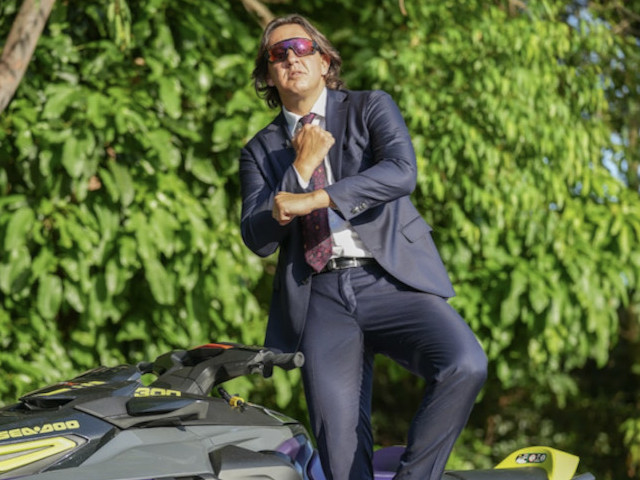 Following his SOLD OUT national 'People Are Gonna Lose It' tour in 2021, My Cousin Vlad  has taken the past 12 months to prepare something even bigger and more shredded for 2022!

Presented by Nolanski Entertainment and The Mrs Pty Ltd, the 'People Have Lost It' tour will kick off in Melbourne on 25 March at the Athenaeum Theatre, which is already nearing full capacity with final tickets now available before hitting Adelaide, Canberra, Wollongong and Newcastle. The highly anticipated show has also been confirmed as part of the Perth and Sydney Comedy Festivals in May.

My Cousin Vlad is Australia's 1st self-proclaimed Official Immaculagent. His online compact 1-minute sketches and videos have earned him a notorious reputation online and in the streets. Inventing new slang words, an All-English clothing swagger, impeccable negotiation skills in Real Estate (his day-to-day career) and a following with incredible support and engagement.

The 'People Have Lost It' tour will feature live music, a screen show, and an hour of unpredictable rants and punchlines - My Cousin Vlad hits the core topics of Modern Society, Technology, Wogs (Euros) Vs Aussies, Family and Marriage. His perspective on the most relatable of genres is unique, evocative, and ridiculous. Expect to come in catastropha and leave immaculate.

"Has to be one of the funniest 'cousins' I have seen in a very long time"- Joe, Sooshi Mango