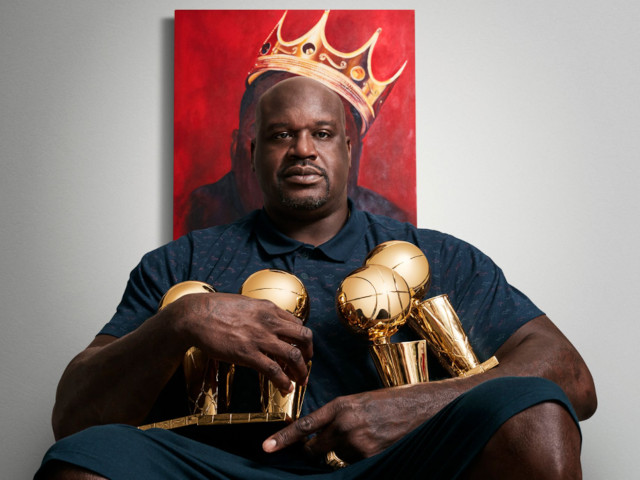 La Trobe Financial and The Hour Group have today confirmed NBA megastar; Shaquille O'Neal will return to Australia this August 2022 for 'An Evening With Shaquille O'Neal.


The Hall of Famer and 4-time NBA championship winner will appear at Margaret Court Arena in Melbourne on Thursday 25 August 2022 and The Star Centre in Sydney on Friday 26 August 2022.

O'Neal's highly anticipated return will be his first visit to Australia in over 20 years and is proudly presented by La Trobe Financial, one of Australia's leading Credit Asset Managers. Tickets will go on sale on Thursday March 31st at Ticketek.

"I'm really excited for this long-awaited tour to come to Australia with La Trobe Financial and The Hour Group, it's my first time back in such a long time and I can't wait to see you Aussies down under," Said, Shaquille O'Neal.

"We are very much looking forward to welcoming the Big Aristotle down under", said Greg O'Neill OAM - President & CEO from La Trobe Financial Charitable Foundation and Chairman of the Australian Basketball Players' Association.

The beloved NBA champion and business mogul will be speaking on tips for success, offering unplugged and uncensored conversations about his life, and touching on many unspoken moments throughout his decorated career on and off the court.

"Shaquille O'Neal has a big brand here in Australia, as an NBA champion and beloved personality in general. After a challenging two years in the entertainment industry, we are grateful La Trobe Financial has stuck by our side and we are excited to finally kick off our 'An Evening With' series with this global icon". Said Emal Naim, Head of Touring, The Hour Group.

'An Evening with Shaquille O'Neal' will offer fans insight to O'Neal's illustrious career with a Q&A session taking place within the seminar.

Standing at well over two meters tall, O'Neal was a formidable force during his 19-year career for six teams, winning the NBA Rookie of the Year before going on to win four championships and becoming a 15 time All Star and NBA MVP. More recently being selected to be in NBA 75th Anniversary team alongside the greatest players in the league's history.

The sports star later earned a PhD in Leadership and Education and used his newfound knowledge to give back to the community through various philanthropic programs.

O'Neal has also successfully branched out into the restaurant business among other lucrative business ventures, to gather an estimated $400m net worth. Between his work as a sports analyst, and business mogul he has also been DJ-ing around the world at the biggest music festivals under the moniker 'DJ DIESEL", and he also has four rap albums to his name. It's safe to say there will be plenty for Shaq to talk about at these exclusive speaking events.