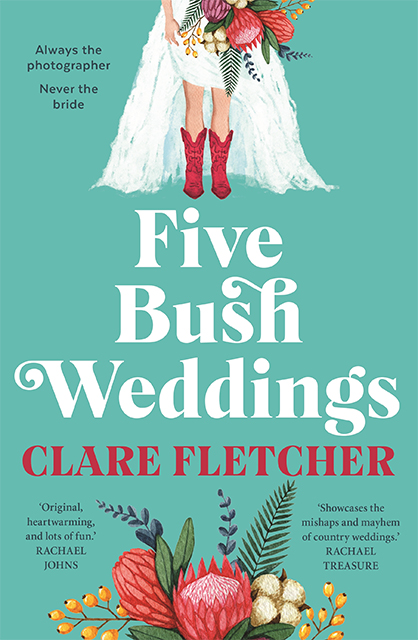 Enter for your chance to Win one of 5 x Five Bush Weddings Books valued at $32.95 each.

Five Bush Weddings follows Stevie, a very single wedding photographer who specialises in country
weddings. She's great at capturing other people's love stories but she's just about given up on having
one of her own. Her best friend is threatening to settle down and leave their sharehouse, her mum
has decided to try online dating, her ex's new fiance has asked her to shoot their wedding... Stevie's
feeling left behind. So, when her old friend Johnno West arrives back to take over his family property,
after years living in the UK, and starts turning up at half the weddings she's working, it's a little
confusing. They have this great chemistry – nothing ever happened, they'd both be quick to protest,
because he was best friends with the guy Stevie went out with for years. But it's a small world and
they keep bumping into each other. Throw in a devilishly handsome stranger to sweep Stevie off her
feet, an old lady who loves gossip so much she's known as the Bush Telegraph, a reality TV franchise
called Bush Bachelors, a bunch of big nights and hangovers and kisses and heartache and, yes, some
weddings, and it's about to be a very big year for Stevie-Jean.

Clare Fletcher was born and raised in St George, in regional Queensland, and studied journalism and business at QUT in Brisbane. After graduating she moved to Sydney for an internship at the Walkley Foundation for Journalism, and has been there ever since, with the exception of a couple of years
spent freelancing and falling in love in New York.
Clare currently manages communications for the Walkley Foundation and is working on her second novel. In 2019 she completed the Year of the Novel Course at Writing NSW with Emily Maguire. In 2021, her short story 'Death's Waiting Room' won the Body In The Library category at the Scarlet Stiletto Awards. Clare lives in Sydney with her husband and daughter. 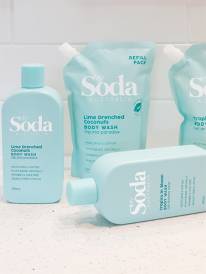 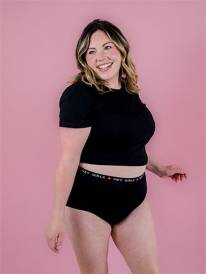 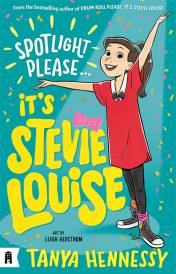