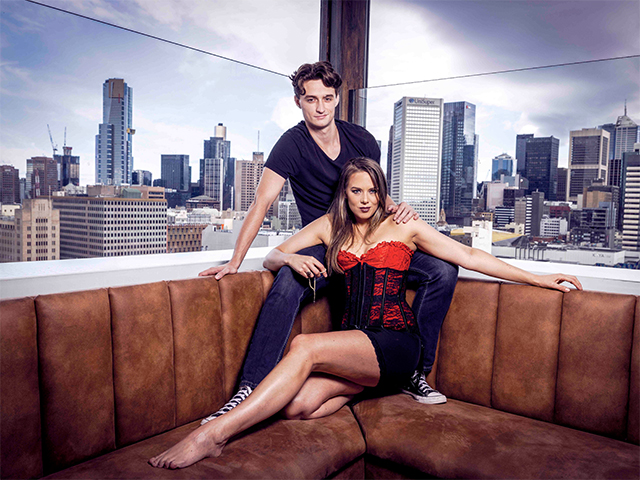 David Venn Enterprises (The Wedding Singer, Bring It On: The Musical) is thrilled to announce national tour dates for the Australian professional premiere of Cruel Intentions: The '90s Musical, with tickets on sale now for Melbourne and Sydney, and new seasons announced in Brisbane and Adelaide.

Featuring a smash hit '90s soundtrack, this story of romance and seduction is based on the acclaimed cult 1999 film. The ultimate '90s throwback experience. Are you ready to make your wager?

Laced with back-to-back hits include Bittersweet Symphony (The Verve), Every You and Every Me (Placebo), Bye Bye Bye (*NSYNC), Sometimes (Britney Spears), Just A Girl (No Doubt), Foolish Games (Jewel), Genie In A Bottle (Christina Aguilera), Candy (Mandy Moore), Breakfast At Tiffany's (Deep Blue Something), Kiss Me (Sixpence None the Richer), Iris (The Goo Goo Dolls), I'll Make Love To You (Boyz II Men), and more.

Tickets are on sale now for the Melbourne season, opening at The Athenaeum Theatre from 25 May, and Sydney's State Theatre from 30 June. Be quick to snap up the best seats via www.cruelintentions.com.au.

The roof of Brisbane's Fortitude Music Hall is set to rock from 27 July, and the party will hit Adelaide's Her Majesty's Theatre from 8 September.


Penned by the writer and director of the film Roger Kumble, along with Jordan Ross and Lindsey Rosin, Cruel Intentions: The 90s Musical received rave reviews from Hollywood royalty and original film cast members Reese Witherspoon, Sarah Michelle Gellar, Selma Blair and Ryan Phillippe during its USA and UK tours.

Following The Wedding Singer's recent success including season extensions and an entire encore season in Melbourne, David Venn Enterprises is becoming known for presenting fun-loving screen-to-stage musicals that are fan favourites with audiences across Australia.

"Cruel Intentions is the ultimate night out. Whether you're a fan of the movie, or just like iconic music, you'll find something to love in this devilishly fun, new high-octane production," says David.

Cruel Intentions: The '90s Musical has all the indulgence and escapism you've been craving, complete with hilariously fun scenes and exhilarating performances that will have you singing and dancing in the aisles.

Auditions are now underway, which is causing excitement amongst actors such as Tom Dray and Kahli Williams (pictured).

Helming DVE's stellar creative team is multi-Green Room Award nominated Alister Smith, who achieved widespread critical acclaim for the national tour of The Wedding Singer, and sellout seasons of Bring It On: The Musical.

"I'm very excited to be continuing this journey of nostalgia-filled hit musicals with David Venn," says Alister. "It's been heartwarming to see the fun-filled escapism that audiences experience, it makes everything so worthwhile."

The talented Daniel Puckey (Muriel's Wedding The Musical, The Book of Mormon) takes on the role as Musical Director, interlacing more than 21 iconic songs from powerhouse ballads to rock anthems.

Dynamic choreographer Freya List (Chess, Next To Normal, RENT) was recently nominated for the Green Room Awards' Betty Pounder Award for Excellence in Choreography for her work on Bright Star and will bring a whole new, athletic edge to movement in the show.

The moody world of Manhattan's seductive elite will be brought to life by prolific international Set Designer James Browne (Ghost the Musical, Velvet, Cabaret) and accomplished Lighting Designer Declan O'Neill (The Wedding Singer, Bring It On: The Musical), with video design by Craig Wilkinson and the team at Optikal Bloc.

Cruel Intentions: The '90s Musical draws you deep into the intoxicating world of Manhattan's most tempting liaisons. Sebastian and Kathryn are seduced by revenge and fuelled by passion. Set out to ravage the virtuous Annette Hargrove and anyone who gets in their way, the siblings find themselves entangled in a web of secrets, temptation and the cruellest game of all: love.

The national tour is supported by the Restart Investment to Sustain and Expand (RISE) Fund – an Australian Government initiative.

"A dazzling spectacular, sure to please anyone who sees it, with something for everyone" - Theatre People