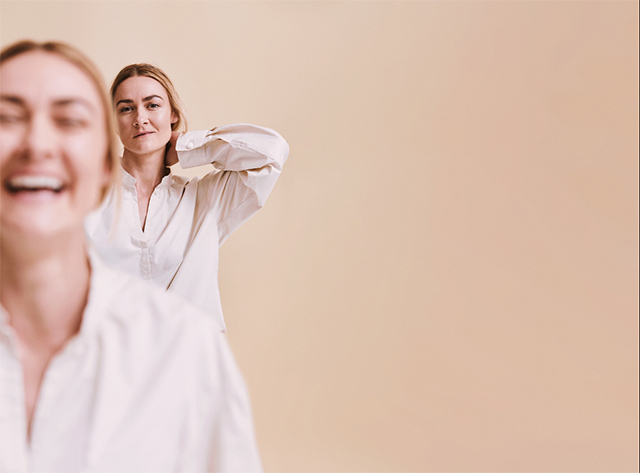 Bell Shakespeare will take its production of The Comedy of Errors on a major national tour to 19 cities and regional centres across Australia in New South Wales, Victoria, Western Australia, Northern Territory, Tasmania and Australian Capital Territory from July through October this year. Due to be presented in 2020 but disrupted due to COVID, the company revives this vibrant and hilarious production that at its core is a beautiful and timely story about family reunion.

Directed by longtime Bell Shakespeare collaborator Janine Watson, the play is a comedic and heartfelt romp of swapped identities, misguided love, mistaken imprisonment, and chaotic mishap. Set in the 1970s, a time in history when global tensions were sky high but was juxtaposed with social movements fighting for liberation and change, the production takes place over a 24-hour period in a colourful and hedonistic seaside land that feels as if anything can and will happen. Two sets of twins who have been separated for decades strive to be brought back together, and as the dawn arises, all the threads come untangled, and the truth is revealed.

Director Janine Watson said: "The Comedy of Errors actually sets up incredibly high stakes from the very first moment with Egeon condemned to death. He's searching for his two sets of twins and his wife, all torn apart in a terrible shipwreck three decades ago. The country he has come from and the country he lands in, in a last desperate attempt to find his family, are in deep conflict. He needs to raise a bond of $1000 for his life or perish. The scene is then set for a mad, desperate romp of mistaken identity, thwarted lovers and theatrical trickery. When the clock is set on Egeon's life at the start of the play it sets a tone of urgency that propels the characters toward reunion as they race towards the resolution of the plot.

"Make no mistake - this production will be a fast paced and rollicking comedy, full of verbal wit and physical high jinx. But the characters are desperate for freedom, reunion, love - and that's what we'll keep at the heart of our show."

Gender fluidity has been explored amongst the characters, with the Dromio twins played by Julia Billington and Ella Prince, while the Antipholus twins will be portrayed by Felix Jozeps and Skyler Ellis. Joining them onstage will be Joseph Althouse, Giema Contini, Alex King, Leilani Loau, Lauren Richardson and Maitland Schnaars.

The Comedy of Errors will travel to 19 venues across Australia as listed below, find out more at https://www.bellshakespeare.com.au/the-comedy-of-errors

Bell Shakespeare is Australia's national theatre company specialising in the works of William Shakespeare and his contemporaries. Founded in 1990 with the dream of sharing Shakespeare's plays in a way that was relevant and exciting to all Australians, the company has evolved further than its visionary founder, John Bell AO, could have hoped.

Today, Bell Shakespeare tours major theatre productions, education programs and outreach initiatives to every state and territory in Australia and beyond. Performing and teaching in theatres, schools, youth justice centres and regional and remote communities, the company enjoys unrivalled reach and impact, further extending its influence through innovative digital programs.

Janine Watson is a director and actor. She graduated from the National Theatre Drama School (Melbourne) and undertook training with SITI Company (New York) and Zen Zen Zo Physical Theatre. Janine was the 2016 inaugural recipient of the Sandra Bates Directing Award. Her directing credits include: for Bell Shakespeare ROMEO AND JULIET; for Ensemble Theatre UNQUALIFIED 2, NEARER THE GODS, UNQUALIFIED; for Red Line Productions at the Old Fitz: FIERCE, CRIMES OF THE HEART, DOLORES (co-director); for the Melbourne Fringe: AGATHA. Recent acting credits for theatre include A VIEW FROM THE BRIDGE for Ensemble Theatre, THE HAPPY PRINCE at Griffin Theatre, ANTONY AND CLEOPATRA for Bell Shakespeare, ANTIGONE & THREE SISTERS for Sport For Jove, DANGEROUS LIAISONS and DRACULA for Little Ones Theatre. Screen credits include THE SECRETS SHE KEEPS; THE CODE; NEIGHBOURS; THAT'S NOT ME. Janine won the 2019 Sydney Theatre Award for Best Lead Female Performance for THE HAPPY PRINCE, and the 2017 GLUG award for Best Supporting Actress for A VIEW FROM THE BRIDGE.