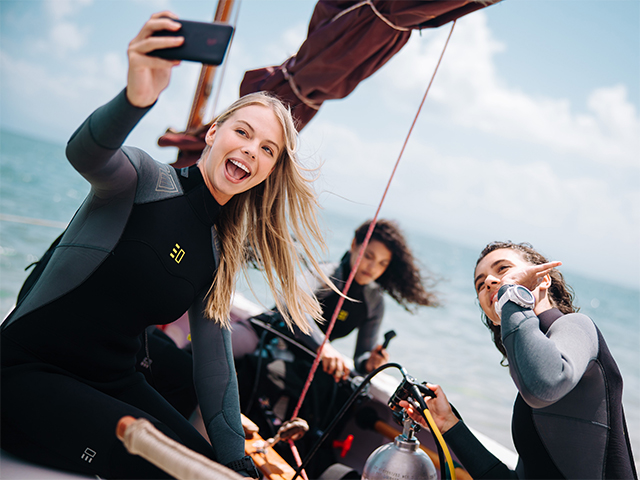 Dive Club is the story of Maddie, Lauren, Anna and Stevie. On the surface they're regular teenagers navigating life, friendship and romance, but under the water the skilled divers enter a whole new world of adventure. It's an idyllic existence that's suddenly shattered when Cape Mercy is battered by a cyclone and Lauren, the group's charismatic trailblazer goes missing. While the town fears the worst, the girls of Dive Club plunge into a desperate search of their own, stopping at nothing to find their friend. When Izzie arrives on the island with her father to help with the town's recovery, she joins Dive Club in their search, and together they uncover shocking secrets about the small town, it's history, and the people that call it home. But what did happen to Lauren? Did the famous Russian treasure hunter play a part in her disappearance, or could the truth lie closer to home? With adventurous dives, romantic encounters and rumours of Russian royalty abound, the girls' search for Lauren raises more questions the deeper they dive. 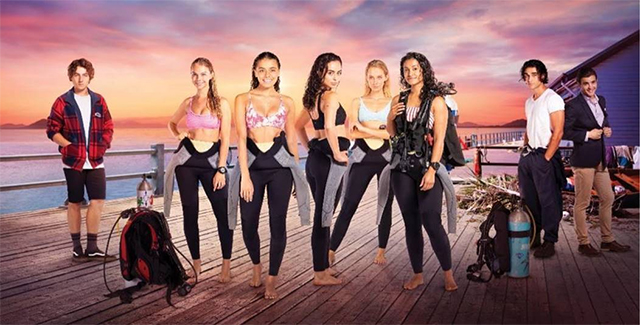 Dive Club, the bold 12-part series for teens, will launch on Netflix Australia on Monday November
29. With a storyline that hooks you from the start, standout performances from a talented cast and the picturesque Far North Queensland backdrop, this AACTA nominated Australian-made series takes the Young Adult genre to a whole new level.

Dive Club is the story of 16-year-olds Maddie, Lauren, Anna and Stevie. On the surface they're regular teenagers navigating life, friendship and romance, but under the water the skilled divers enter a whole new world of adventure.

It's an idyllic existence that's suddenly shattered when Cape Mercy is battered by a cyclone and Lauren, the group's charismatic trailblazer, goes missing. The mystery of her disappearance, the arrival of a new friend, Izzie, and with suspicious holes in the official investigation, the girls are plunged into a desperate search of their own that raises more questions the deeper they dive. 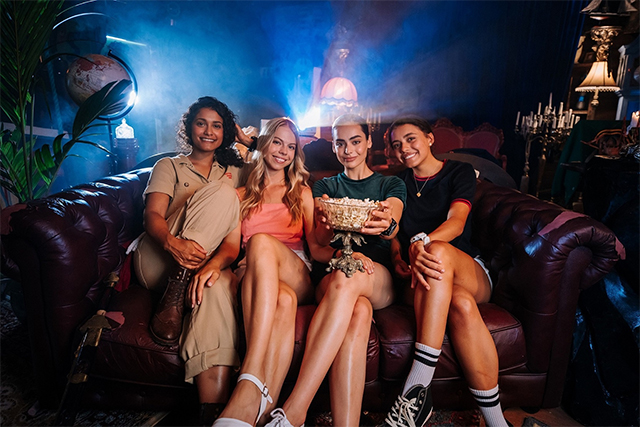 Series creator and Showrunner Steve Jaggi comments "Dive Club is not like anything in the Young Adult genre that we have seen before in Australia, and we are thrilled that the series is reaching a global audience via Netflix. The storyline is so captivating that viewers will want to binge all twelve episodes to unravel the mystery."

Producer Spencer McLaren adds "We're really proud of Dive Club and the way the series came together. We shot entirely on location in Far North Queensland and pulled out all the stops. The series was shot more like a film than a tv series with impressive aerial and underwater photography and a real cinematic quality achieved due to filming in 4K with stunning HDR Dolby Vision picture and Dolby Atmos audio."

Australian audiences will be able to solve the mystery when the 12-part series launches on Netflix Australia on Monday November 29.

Dive Club is created and produced by The Steve Jaggi Company, and filmed entirely on location in Far North Queensland. Dive Club is a Network 10 and Netflix co-production, with major production funding from Screen Australia and support from Screen Queensland in association with Filmology Finance. The series is distributed internationally by Nicely Entertainment.

On Netflix Australia on November 29

1. Can you tell us about your role in Dive Club?

Georgia-May Davis: On Dive Club, I play Lauren Rose! The unofficial creator and leader of the Dive Club pack. She is passionate, determined, fearless and loves her friends like her own family. She is the type of girl you would want in your life whenever you need someone to back you up.

2. What is your favourite part of filming?

Georgia-May Davis: My favourite part about filming was getting to be in a collaborative environment every day. I love being around directors, filmmakers, crew and cast, the talent of all those involved just blew me away.

3. Did you always want to pursue a career in the entertainment industry?

Georgia-May Davis: For me, the only career I have ever wanted or pursued has been working in the entertainment industry. I took inspiration from my mum who is also an actress, and watching her work made me want to be an actress. I have always had a passion for performing and storytelling...so I think with the job I am in means I'm in the right place :)


4. Who was your industry role model?

Georgia-May Davis: My industry role model was definitely my mum. But if I had to choose someone I wasn't related to, Cate Blanchett, Isla Fisher, Rose Byrne and Nicole Kidman....Australian actresses are so talented.

5. What advice do you have for aspiring actors?

Georgia-May Davis: The advice would be to have thick skin and understand that the rejection you face is not personal. If you are working hard on your craft and are passionate enough, those amazing roles you long for will eventually come. Every successful actor has taken many years of preparation before we even see them on our screens.

Georgia-May Davis: My plans for the next little while are to hopefully land another role and keep working on my own scripts to get one into production. When I'm not working as an actor, I'm a producer (told you I love being in a collaborative team). 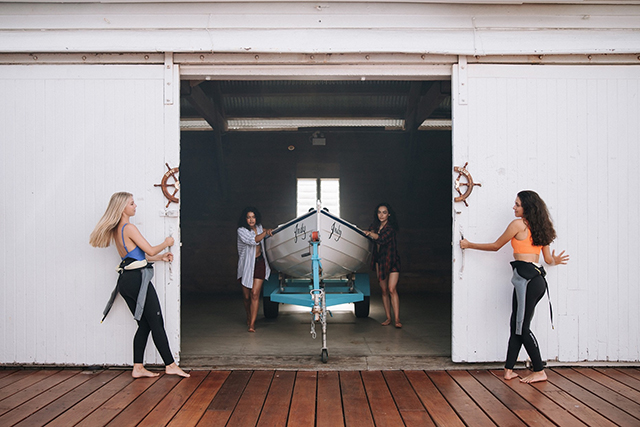