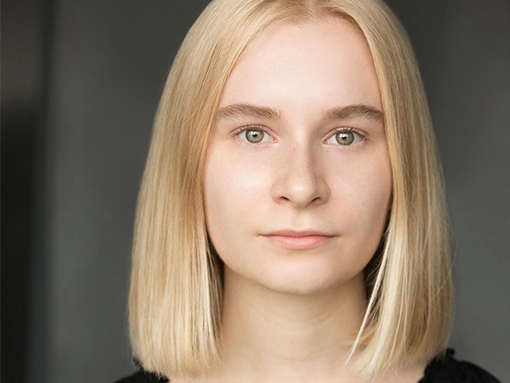 Filmmaker Ella Greenwood, even though she's still in her teens, already has a successful short film behind her. Faulty Roots is a short that looks to promote mental health awareness for the young, with Greenwood using her own experiences and putting them into her work.

Now comes the news that Greenwood is to developing the movie into a full length feature, with investors already showing interest in the project too. It's early days for the project, not least given current circumstances. 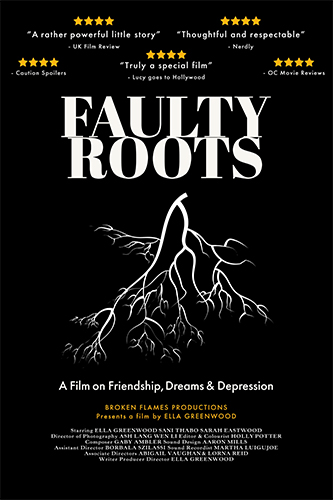 Her most recent short film Faulty Roots which she made when she was only 18, was nominated for Best Script by Film The House which is run by Parliament and sponsored by Disney, Warner Bros, Lionsgate & more. The short has been praised for promoting awareness of teenage mental health, with UK Film Review saying that in the film "these massive issues are addressed in the most quiet and compassionate way possible… with normality and understanding", with other critics pointing out the need to expand on the conversation that the film focuses on.  Ella decided to write the script for the original short, so that the story would be told from a genuine teenager's perspective, which top film site OC Movie Reviews said was "well-written with on-point dialogue". It has just been selected for Busan International Kids and Youth Film Festival and has been submitted to many more film festivals across the globe.

She is also working on her first animation 'Dreary Days' and it will soon be announced that Faulty Roots is being developed into a feature film.  Ella has been called "an engaging, thoughtful and decisive young filmmaker to watch" by Sarah Cartland of Caution Spoilers and "a rising young acting talent" by David Duprey of That Moment In.

Who or what was your inspiration behind writing Faulty Roots?
Ella Greenwood: My inspiration was the experiences that I have had with mental illness and also the passion that I have for wanting to support mental health awareness. Friendship is so important to me and so I also wanted to write about a great friendship between two characters.
Have you always had an interest in writing and when did it turn to scripts?
Ella Greenwood: I've always loved reading books and thought it would be fun to create new worlds and situations, but I never thought that I would actually start writing as it seemed quite overwhelming. Acting has been my main passion for as long as I can remember so it seemed like a good idea to start screenwriting as a way of getting involved with a different part of the industry.
Who has been your main influence to become an actress and director?
Ella Greenwood: I've been inspired to act by so many people. I grew up in London and was lucky enough to frequently attend the theatre throughout my childhood, so seeing actors on the stage seemed so amazing to me, as well as actors on film and TV. Directors have inspired me without noticing straight away. I love horror films and I remember finding out that all of my favourite horrors at the time had been directed by the same person, and that was a surprise as I hadn't even paid attention to who had directed them all, they had just appealed to me. That definitely got me more interested in directing.
What have you learned about being an actress and filmmaker during Faulty Roots?
Ella Greenwood: I've learnt that the jobs are so different but equally as important. With acting, you're normally brought onto a project once so much time has already been spent getting it ready, and then you're probably on set for the shortest amount of time and once filming is done you're just updated here and there about its progress, but of course, actors are still such a big and important part of a project. On the other hand with filmmaking, I got to be involved with a project from the beginning up until it was completed and then still now with submitting it to festivals and promoting it, so I definitely loved having a bigger input with making a film.
What is your advice to others who would like to get into writing, directing or acting?
Ella Greenwood: My advice would be to just go and do it! Anyone can write, anyone can direct and anyone can act. If you want to try one of them, or all, then no one can stop you. The way that I like to learn most is by experience and you don't have to put your first work out there. If it's bad then just keep trying.
What is next for you?

Ella Greenwood: My first animation has been completed so I'm working on submitting that to festivals, and I'm also working on the feature length version of Faulty Roots. I've just finished the first draft of the script and I'm now getting some of the practical plans in place, which is very exciting.