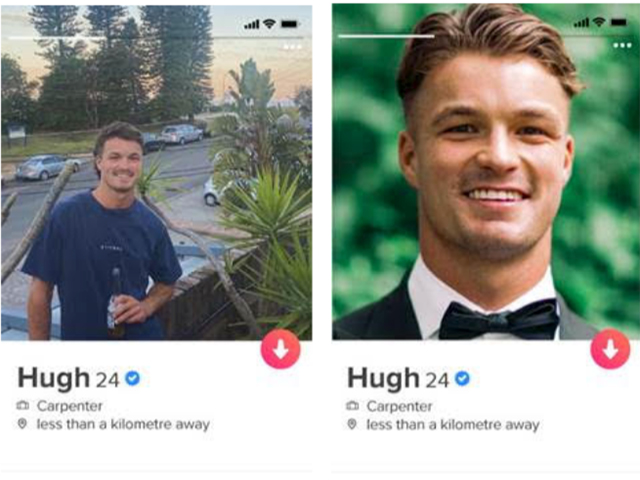 Hugh (24) from Mona Vale, NSW, will join the Love Island Australia Villa tonight and his handsome and cheeky nature is set to make him one to watch! The Northern Beaches carpenter is the second Australian Islander to be recruited directly through Tinder, as the world's most popular dating app came on board as the official casting partner of the show earlier this year.

Hugh is ready to shake things up in the Villa, revealing that he hasn't been in a relationship for a few years and feels like he is ready to settle down by finding love on the show. To get a sense of his carefree and warm/fuzzy vibes don't be afraid to check out his Insta: @hughyates_.

Hugh has been selected from many Tinder members who applied for this year's Love Island Australia through the app. This process attracted hundreds of thousands of applications from across Australia, and also resulted in heart-throb, Nicolas Love, entering the Villa earlier in the Season.

On tonight's episode, Bombshell Hugh will get a peek into the Villa from the outside by jumping on Tinder where he will be able to match with profiles of Islanders who catch his attention to go on a date with.

Hugh is looking forward to his stint on the show, sharing that his personality in the Villa will bring, "A breath of fresh air. I think I'm a pretty typical Aussie battler that loves having a laugh and spinning a yarn or two. I don't take myself too seriously and can be a little bit cheeky so hopefully that'll help me win someone over".

You can watch Love Island Australia Season Three on Channel 9 and 9Now.

Why have you signed up for Love Island?

I haven't been in a relationship in a few years and feel like I'm ready to settle - what a unique way to find love? On love island…

Tell us about your job

I'm a carpenter based on Sydney's northern beaches. It's a pretty simple but enjoyable gig and I work with some top blokes. It keeps me active and gives me plenty of vitamin D. What's not to love.

Who have you got your eye on in the Villa?

All the girls are attractive in their own way. However personality traits are a huge factor for me and although I haven't met any of them, so far Tina seems to be the most easy going and fun.

Will you step on toes to get who you want?

I'm pretty carefree and try to avoid drama at all costs in my day to day life. However, considering that this is a once in a lifetime opportunity, I'm not going to hold back trying to get what I want. If that means I have to create a bit of carnage I'll try to do so with some respect.

What do you think you will bring to the Villa?

A breath of fresh air. I think I'm a pretty typical Aussie battler that loves having a laugh and spinning a yarn or two. I don't take myself too seriously and can be a little bit cheeky so hopefully that'll help me win someone over.

How would your friends / family describe you?

I'm a bit of a mama's boy at heart so mum would probably describe me as warm and fuzzy. My old man and two older brothers would think I'm a bit clueless and clumsy but know that we can always have a good laugh together. I've got some pretty intelligent mates that work in those weird, important corporate fields. They'd probably stitch me up and say I'm a couple sandwiches short of a picnic.

What's an interesting fact about you / something people should know?

I've got some seriously long nipples and my mates will continually remind me of them. They're long enough that I've been able to hang a bunch of things off them such as coat hangers and disks. Let's hope they're a hit in the villa!

Tinder was introduced on a college campus in 2012 and is the world's most popular app for meeting new people. Available in 190 countries and 40+ languages, Tinder is the highest-grossing non-gaming app globally. It's been downloaded more than 450 million times and led to more than 60 billion matches.