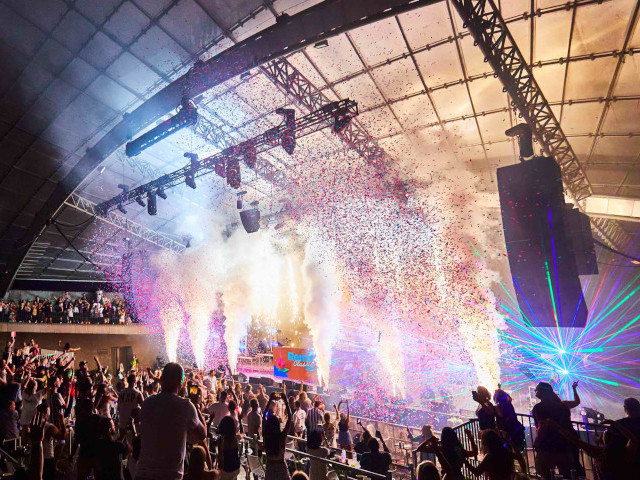 Back at 'The Bowl' for The Biggest Reminisce Ever!


After a successful return to events in Melbourne last weekend at Reminisce Carnivàle, the Reminisce team are beyond excited to announce their next event, celebrating 10 Years of Reminisce.

The concept of Reminisce started in a humble backyard in the beach suburb of Frankston, Melbourne 10 years ago. In what was a small get together amongst close friends, playing tunes and just a fun idea to choose their favourite house tracks. It then progressed to a nightclub, followed by some of Melbourne's best venues and now the popular annual Top 50 Dance Anthems Countdown returns this March 19, 2022. Reminisce will be celebrating this 10 Year milestone by putting on the biggest and best Reminisce of all time, back at the iconic Sidney Myer Music Bowl.

One of the most world-renowned DJ / Producers in the House Music scene, not to mention a cross-over success via his Duck Sauce moniker (with A-Trak), Armand Van Helden is no stranger to Aussie shores and is set to headline the event. Over Reminisce's 10 years, Armand's tracks have featured a huge 21 times during the favourite Top 50 countdown. Armand's most loved tracks include: 'You Don't Know Me,' 'I Want Your Soul,' 'My, My, My,' 'Bonkers' and of course Duck Sauce favourites: 'Barbra Streisand' & 'aNYway.'

Aussie favourite and legend John Course will be closing out the day, counting down the Top 50. Having DJ'd for over 25 years, 'Coursey' has played to hundreds of thousands of fans over the years! He began his career winning a DMC Mixing Competition and co-owns Aussie Dance Label 'Vicious Recordings' with Andy Van (they will celebrate 30 years of the label next year). John has supported the world's best touring DJs and continues to inspire with his Dance Anthems & Future Disco faves. Last year John played 560 hour's worth of music via his iconic 'Together at Home' Saturday night livestreams. However, Reminisce fans loved seeing him in person at Sunday's event and are already looking forward to the next show.

Joining in the Reminisce celebration will be one of the biggest global hit makers and electrifying live acts of the past decade: Example. With global chart-topping singles including: 'Changed the Way You Kiss Me,' 'We'll Be Coming Back' (with Calvin Harris), 'Stay Awake,' 'Say Nothing' and many more.

There will be two brand new stages added to the program, with a slew of homegrown talent, including: Sgt Slick, Mix, Andy Murphy, Market Memories and more.

For the first time in three years and only the second time ever, Reminisce will be completely unrestricted, at 'The Bowl' and this time, it'll take place on a Saturday.