Social Star of the Year 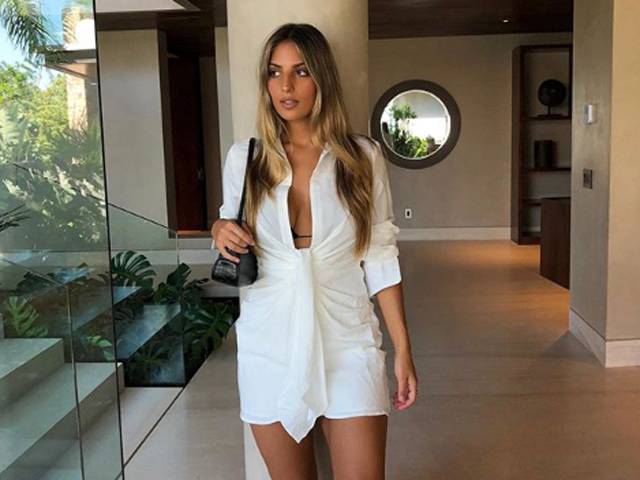 Paying tribute to social media sensations who are influencing, inspiring and shifting the needle one post at a time, the debut of the award has seen six savvy Australian influencers (including Elle Ferguson, Jadé Tuncdoruk, Kate Wasley, Lisa Danielle Smith, Nikkia Joy, Rozalia Russian) placed on a global stage and nominated by the people for their ability to embrace digital innovation, unlock creativity and keep authenticity at the heart of their feeds.

Winner of the Australian Social Star of 2019 award, Jadé Tuncdoruk says "I'm absolutely thrilled to have won the first E! Australia award for Social Star of 2019! I've been creating content since I was 14 - if someone had told me back then where I'd be today, I just wouldn't have believed them. I'm eternally grateful for my followers who have helped me create the life I have today. Without them I wouldn't have the opportunity to do what I do. Being recognised for this award is a milestone I'll never forget."

Through years of creating authentic and unapologetic content, Jadé has given her followers an unfiltered peek at her beauty and fitness routines to her most coveted wardrobe looks and favourite beachside getaways. Her unmistakable ability to produce compelling, relatable and humorous content for her audience is what sets her apart. Making her uniquely different to other social media sensations, Jadé is the face behind two Instagram accounts, each aimed at a different purpose.

Her carefully curated and structured feed on @jadetunchy is balanced with witty, unfiltered and raw content on @therealjadetunchy, busting the myth all social media feeds are polished and glamourous. Now boasting a following of over 390k, many of Jadé's followers look to her for guidance across tough topics including positive body image and how to combat cyber bullying. Fusing inspirational and aspirational content, Jadé has become a magnet for an ever growing following extending her reach beyond Australia and right across the globe.

Jadé will received her award on the Red Carpet, amongst Gwen Stefani who received the Fashion Icon Award and many other international stars, including Jennifer Aniston, who was presented the People's Icon of 2019 award.