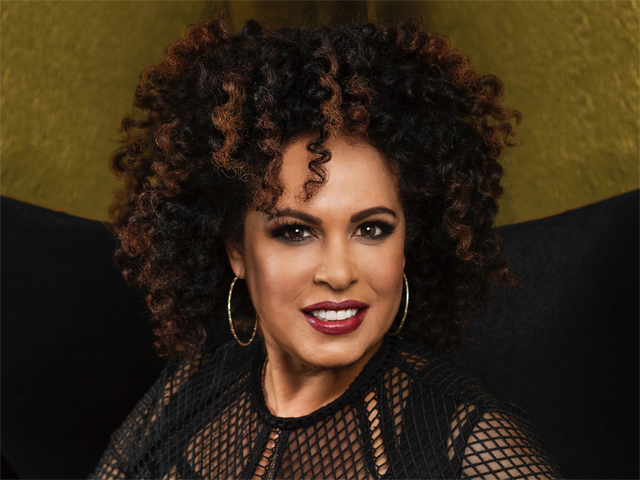 In this must-see show, Christine delivers a passionate and energetic performance to pay tribute to her idol, the Queen of Soul, who passed away on the 16th August 2018.

During the show, Christine will sing Aretha's most memorable and powerful tunes, including (You Make Me Feel Like) A Natural Woman, Bridge Over Troubled Water, Angel, Today I Sing The Blues and many more unforgettable classics.

Christine will also sing songs from her own incredible back catalogue of hits, including the iconic My Island Home and Sunshine On A Rainy Day.

"I'm thrilled to be bringing my REWIND - The Aretha Franklin Songbook show to venues in NSW, Canberra, Victoria and Western Australia in the second half of 2019," Christine - who provides the big vocals, the glitz and the glamour of a true diva in one of her most captivating performances to date - said.

"I grew up listening to Aretha. She is one of my greatest influences and an idol. "I believe she is the greatest soul singer of our time and I'm truly grateful to have the opportunity to pay tribute to this wonderful woman in this way," Christine added.

REWIND – The Aretha Franklin Songbook was initially performed in 2012 to coincide with Aretha's 70th birthday and the release of Christine's album of the same title. The show has been brought back in 2019 after popular demand and a number of sold out performances.

To add to this, Christine has just wrapped-up her two and a half year tour of her In Conversation and Song show, which saw her perform to approximately 45,000 people in intimate settings at theatres, galleries, festivals and schools.

During this time, she's amassed multiple awards, including five ARIAs, eight Deadlys, a Green Room Award for Best Actress in a Musical and she's won Song of the Year for her chart-topping hit, My Island Home.

She's also had gold and platinum albums, and was recently the first recipient of the Australian Songwriters Associations inaugural Lifetime Achievement Award for her contribution to Australian First Nations music.

Christine has appeared in Baz Luhrmann's Moulin Rouge, as well as in The Matrix Reloaded, Dating the Enemy and most recently, in the Australian film, UNSOUND. She's also had roles in a number of TV series including Wildside, The Alice, Playschool, Outland, Black Comedy, Kiki and Kitty and many more.

Currently, Christine is the host of the national radio show, Evenings across Australia, on Friday and Saturday nights on ABC Radio.