The Farm at Peppertree Crossing Interview 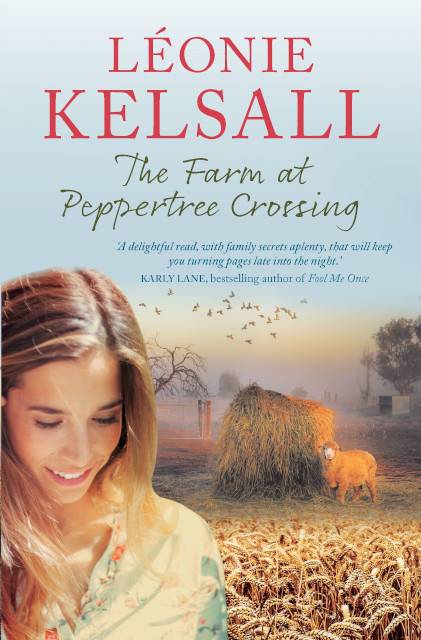 Accustomed to looking after herself, can Roni now embrace a different life gifted to her from an unknown aunt and a community ready to help? Or will the strings attached be her downfall?

An unexpected inheritance, a traumatic past and a family whose secrets are kept by the town.

After a fractured childhood spent in foster homes, city-girl Roni has convinced herself that she has no need of anyone - other than her not-as-tough-as-he-looks rescued street cat, Scritches, and her unborn baby, who she's determined will feel all the love she's been denied.

Despite facing a bleak future, Roni distrusts the news of a bequest from an unknown aunt, Marian Nelson. But, out of options, she and Scritches leave Sydney behind, bound for the 800-acre property on the edge of the wheat fields of South Australia.

However, this is no simple inheritance: Marian seeks to control her legacy from beyond the grave by setting tasks that Roni must complete before she can claim the property and a life that could change her future. With everything at stake, Roni must learn to trust in the truth of Marian's most important lesson: everyone deserves love.

A captivating story of family, friendship and forgiveness.

About the author:
Leonie grew up in the South Australian country - initially on the beautiful Fleurieu Peninsula in a tiny town where the school had a total enrolment of only eleven students, and later on a farm near the stunning Murray River. Her rural upbringing encouraged a love of books, for which she will be forever grateful.

She couldn't wait to hit the bright lights of the big city when she graduated -- however, a few years working in government departments saw her longing to make her way back to the country. She now finds herself dividing her time between her professional counselling practice in the beautiful Adelaide Hills, and her childhood farm, which provides the setting for many of her stories.

Question: What originally inspired The Farm at Peppertree Crossing?

Léonie Kelsall : This book had rather an odd genesis, starting out as a title: Liverwurst & Lamingtons.

My teenage daughter (known as 'The Kid' in my social media) and I spend a great deal of time on the family wheat and sheep farm. While we're working"we call it working, though my parents think it's more digging holes to unearth rusted pieces of ironwork from the long-gone blacksmiths, and allegedly undermining the foundations of the farmhouse in the process, but what can I say? They lack appreciation for my research techniques "Dad often makes a lunch of fresh, crusty bread spread with butter, liverwurst, sliced tomato and topped with potato chips. Don't judge, I swear it's delicious!

As we were digging one day, I was toying with the idea of changing genres to write rural fiction, and Taylor was listing food she hoped was going to appear on the kitchen table come lunchtime. 'Liverwurst. And lamingtons. Wait, that'd be a great title for a book.'

I remarked that books aren't normally written to fit a title, and she replied, 'So don't be normal, then.'
Challenge accepted! We hiked over to a scrub, sat in the shade of a beautiful granite outcrop, and brainstormed the basic storyline - which, of course, ended up massively changed, although both liverwurst and lamingtons still feature.
As first-generation farmers become increasingly rare, rural towns are slowly dying. For example, the R-7 school I first attended had an enrolment of eleven. Now the entire town has a total population of only fourteen. I became intrigued by the idea of repopulating one of these ghost towns, and wondered what would happen if a girl from the city, who has never considered a rural lifestyle, was to inherit a large acreage she has no idea how to handle but is fated to fall in love with? How hard would it be for her to adapt to not only a lifestyle that is alien, but to the isolation in a tiny community where she is not only an outsider but the subject of gossip?

The fact that I was madly in (totally unrequited) love with a share farmer who worked our family property when I was a teen may have also have provided a little inspiration! 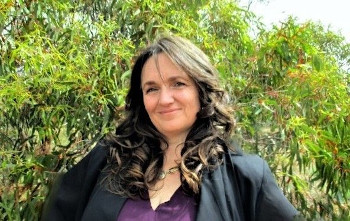 Question: Who do you hope reads The Farm at Peppertree Crossing?

Léonie Kelsall : I know of readers from all genders, ranging in age from 16 to 79, who have enjoyed the mix of heart, humour and hope in The Farm at Peppertree Crossing, so I think it's safe to say the story has broad appeal.

With the current need to focus on the good in humanity and the redemptive power of love, this story is for fans of romance who appreciate an intriguing storyline populated with complex characters. I would hope that anyone looking for an uplifting story that is both plausible and yet provides an escape from reality will find what they want in The Farm at Peppertree Crossing.

Léonie Kelsall : The location of the story, Settlers Bridge, is a fictionalised version of the rural district where I grew up, with parts of Peppertree Crossing modelled on my family's 140-year-old farm. While I'm careful to make sure no character is an accurate portrayal of a real person, many have traits or characteristics that are inspired by family, friends, colleagues…basically anyone who crosses my path, so be warned!

Much of both the tone and story of The Farm at Peppertree Crossing was inspired by the animal characters all of whom, including the sheep named Goat, Scritches, the rescued street-cat, and Bear, the keeshond, are based on my real-life menagerie. And the epilogue is based on my 'real' plans for the family property"no, don't go flipping to the last pages of the book, that's cheating!


Question: What's the main message you hope readers take from the book?

Léonie Kelsall : I hope readers accept that love is love: the emotion knows no physical or gender-based boundaries. I sought to communicate the joy that can be found in the intricacies of relationships, the breadth and tapestry of the human experience, and how the aspiration to be better/do better can change a person's life.

I particularly wanted to reinforce the importance of being able to ask for and accept help, and how this stimulates rather than diminishes personal empowerment.
Above all else, I'd love for readers to finish the book with a sense of hope and happiness.


Question: What is the best thing about creating a character like Roni?

Léonie Kelsall : This is my absolute favourite part of writing! My first draft – which is rewritten several times before I move on to the next chapter"tends to be populated with one-dimensional characters who can be caricatures. After I've constructed the 'basic' character, I spend weeks getting to 'know' her. What is her history, her fears, her dreams? What is the lie she tells herself? What is her verbal or physical 'tell'?

Roni was very special to write, as I loved going on the journey with her as she grew from a defensive, prickly, street-wise girl, to an empowered woman who gradually became able to accept the risk that comes with love, yet didn't allow that love to define her.


Léonie Kelsall : So much advice!

Through the renowned 'PitchWars' contest, I had the privilege of mentoring now-published authors Syed Masood, Elizabeth Chatsworth and Robin Winzenread, and the advice I gave them was to love and trust in their words. Sure, the way you write may not conform to the standards of a particular publisher, or even to the expectations of a genre; but if you don't love your words first, no one else can.

Avoid the overload of well-meaning 'advice' on the internet. Much of it is plain wrong, particularly claims that you 'must' or 'must not' do something"little in this industry is that cut and dried. Instead, look for a mentor or a critique partner. Preferably more than one. Getting the right number of feedback sources is something of a balancing act: too few, and you risk having someone pat you on the back when you don't deserve it, or someone who rips your work apart. Too many, and it becomes impossible to take into account the varied feedback: you end up changing things, only to change them back again. I find three critique partners creates a balance"and it makes for easy math: if two out of three don't like something in my manuscript, it has to go.

Above all else, remember there is more than one path to publication: it has never been easier to put your work out there. As I also write under a pen name, I've tried all the different routes"if I can help you out with advice, hit me up on social media.

Question: What or who inspired your love of reading/writing?


Léonie Kelsall : We didn't have a television until I was almost in my teens, so my brother and I loved it when we caught chickenpox or measles or whatever 'lurgy was going around, as a 'rented' television (and peashooters, but that's another story) would magically appear to entertain us.

It wasn't until years later I learned that my parents always had a television: they simply hid it in their wardrobe until we were asleep each night. Accordingly, we relied on our imaginations for entertainment"greatly assisted by the overflowing bookcases in almost every room of the house, which would transport us anywhere we longed to be. I learned to read at about three years old, and Enid Blyton will forever remain my first love.

Question: What book are you reading, right now?


Léonie Kelsall : On top of my towering to-be-read pile is A Thousand Splendid Suns, by author of The Kite Runner, Khaled Hosseini.

Question: What's next, for you?


Léonie Kelsall : My publisher, Allen & Unwin, have my next manuscript, The Wattle Seed Inn, for consideration"so keep your fingers crossed for me! Also set in Settlers Bridge, many of the characters from The Farm at Peppertree Crossing have cameos. While waiting to hear on that book, I'm working on the third in the series, tentatively titled The Apothecary by the River.