The Life and Death of Sophie Stark 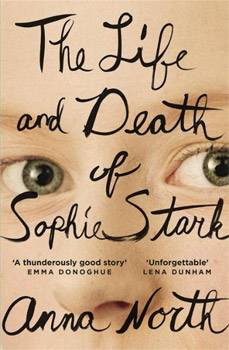 The Life and Death of Sophie Stark

'This book is deceptively simple " what seems like a collection of loose and easy interwoven recollections is actually thriller-paced, with mysteries revealed at every turn. The great mystery at the center is Sophie Stark, a totally unforgettable female antihero who conforms to absolutely none of our expectations and suffers deeply for it." " Lena Dunham

Who is the real Sophie Stark?

The Life and Death of Sophie Stark is the story of an enigmatic film director, told by the six people who loved her most. Brilliant, infuriating, all-seeing and unknowable, Sophie Stark makes films said to be 'more like life than life itself'. But her genius comes at a terrible cost: to her husband, to the brother she left behind, and to the actress she can't forget.

With shades of We Are All Completely Beside Ourselves, A Visit from the Goon Squad and Where'd You Go, Bernadette, it combines a uniquely appealing sensibility with a compulsively page-turning plot.

Anna North is a journalist working for the New York Times, whose writing has previously appeared in San Francisco Chronicle, The Paris Review, Jezebel, and BuzzFeed. She lives in Brooklyn.