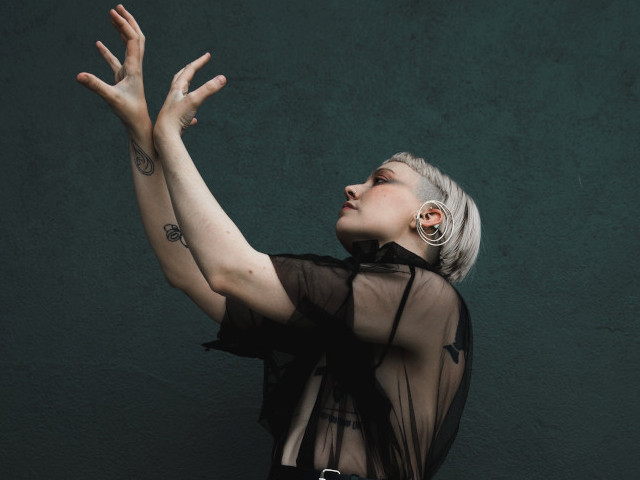 After two long years, international acts are set to return to the stages of Sydney, spearheaded by Carriageworks' globe-traversing line-up for Vivid Sydney this June. From Nagoya to North Wales, Iowa to East Perth, the 2022 program highlights the next-generation of global tastemakers, who are individually – and collectively – shaping the sonic landscape across the globe.

Elsewhere in the program, Carriageworks resident company Performance Space will present Live Dreams – three evenings of performance and experimental art, from across the Asia-Pacific; while Soft Centre brings their singular blend of experimental sound, live A/V performance and large-scale light installation to Carriageworks for a one-day festival of boundary-pushing art and music that will take over the entire precinct. With a focus on theatrical live performance and authentic self-expression, audiences are invited to immerse themselves in the lurid, often dystopian creations, dreamt up, and played out, by the fantastical alter egos that will take to the stage.

"While the past two years have challenged the industry – both in Australia and overseas – live contemporary music remains a key feature and major drawcard for the Sydney cultural experience," said Carriageworks CEO Blair French. "Carriageworks' Vivid Sydney program curated by Tom Supple aims to welcome back audiences to share in the spirit of a reconnected world – highlighting diverse artists from home and abroad."

Minister for Tourism Stuart Ayres echoed French's words: "Vivid Sydney is a fantastic event that attracts global attention and thrives on the local community of creatives that brings the program together, such as this ongoing partnership with Carriageworks. It's wonderful to see this popular venue present a dynamic music program as part of Vivid Sydney in 2022 which will appeal to a diverse audience."

Every night over two weekends the Carriageworks precinct will transform into a festival with live bands, large-scale lighting installations, performance art, rotating DJs, as well as the resident Atomic Pop-Up Bar - serving up local beer, festive cocktails and hot food.

Supported by: The Lazy Eyes and Romero

Off the back of a massive world tour, Estonian rapper and visual artist Tommy Cash performs his raucous and provocative live show exclusively at Carriageworks. Bringing his wild, unhinged vision to performance which is influenced by post-Soviet aesthetics and popular American rap, Tommy Cash's energy will move audiences to another dimension.

After a year of Covid delays, renowned music makers Jono Ma and Jonti perform at Carriageworks for a chilled-out afternoon of experimental, audio-visual sound and light. Blending the synth-driven sounds of the 1980's and the VHS tapes that often housed them in cult cinema, Jono and Jonti play tribute to the age of the analogue in this Sydney exclusive with collaborator Patrick Santamaria's visual menagerie of moving-image and light.

Welsh singer, songwriter, and multi-instrumentalist Cate Le Bon and her band play an entrancing plays an entrancing and enigmatic set at Carriageworks for Vivid. Launching a new album written in Cardiff during the depths of the pandemic, Cate's kaleidoscopic and mysteriously moving lyrics wades into tributes of loss, memory and mortality.

Alter Boy is a Perth powerhouse, fronted by trans and hard-of-hearing artist, Molly/Aaron. Alter Boy transforms traditional perceptions of music through their dark pop hits, all performed live in Auslan. Featuring chaotic live performances by transgender and disablebodies, Molly/Aaron welcome you to a new music experience where Auslan takes centre stage and inclusivity, and accessibility is championed.

Live Dreams presents the future of experimental art, from across the Asia-Pacific, in three curated evenings of performance: DISTANCE, JESTER, THRESHOLD.

Now in its fourth season at Carriageworks, join resident company Performance Space for three nights of performances, presentations and provocations that bring artists and audiences together in dynamic and responsive ways.