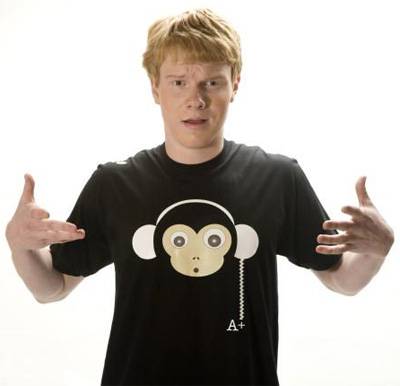 Going back, Adam Hick's first job was starring in a national commercial for The Best of Andy Griffith, playing Opie. However, it was Adam's role in the hit film How to Eat Fried Worms that got Hollywood to take notice. First released in 2006, this highly acclaimed film, based on the beloved children's book, tells the story of a new kid in school, a bully and a bet made to swallow ten worms in one day. Adam played "Joe Guire," the schoolyard tormentor whose nefarious wager sets off a chain of events that alters the power balance. Playing a villain is no small feat, but Hicks handled the task with wit, intensity and noticeable prowess.

Hicks went on to star in the leading role of Brady Davis in the feature film Down and Derby. His other credits include: Universal's adaptation of the R.L. Stine bestseller, Mostly Ghostly, on the big screen in Disney's remake of The Shaggy Dog starring Tim Allen and in The 12 Dogs of Christmas.

Beginning at age six, Hicks was a series regular playing young Dave on the show "Titus," which ran for three seasons on the FOX network. He was also a series regular on the Fran Oz-directed TV pilot "The Funkhousers", co-starred on ABC's "That Was Then" and was the Discovery Channel's The Discover Kid 2000.

In addition to numerous commercial credits, he has participated in several stage productions in Las Vegas, including playing the title role in Tom Sawyer. Again, in addition to his impressive acting talent, Adam also has a true passion and a gift for music and has won awards for his raps on Las Vegas radio and elsewhere. Adam writes and performs his own music of what can only be described as a hybrid electro-hip hop rap, with influences by Kanye West and T.I.

Question: Can you tell us about Lemonade Mouth?

They form a band together and become great friends who help each other through problems at home and school. They get the opportunity to play at Madison Square Garden in New York and become Rock Stars.


Question: What character do you play in Lemonade Mouth?

Adam Hicks: My character's name is Wen. He is a shy, laid back guy who plays the keyboards and loves to write music. Wen is also a very talented rapper which comes to a surprise to many people.

Question: Are you surprised that Lemonade Mouth is described as the next High School Musical meets The Breakfast Club?

Adam Hicks: People relate to the movie because of the High School Musical and Breakfast club theme but Lemonade Mouth stands alone because it deals with real issues in today's families and schools. Also, all the embers in Lemonade Mouth actually play an instrument or can sing.

Both High School Musical and the Breakfast Club are great movies and I hope that Lemonade Mouth reaches as many people as those films have. I fell that Lemonade Mouth is a great story about making your voice heard, standing up for what's right , and self empowerment, which is what we all truly believe will START A REVOLUTION.


Question: You're also a talented rapper and have three songs on the Lemonade Mouth official soundtrack, what do you enjoy most about music?

Adam Hicks: Disney Executives asked me if I would be interested in writing songs for the movie before I went in to audition for the part of Wen. I was able to write three songs for the movie and soundtrack "Determinate" , "Breakthrough" and "Livin On a Highwire". It's a great feeling to be encouraged, trusted, and supported by Disney Executives who welcomed and allowed my music style and writing to be exposed. I am very grateful to them.
I have always enjoyed putting words together and I like to make people bounce their heads when my music plays.

Adam Hicks: I do write my own lyrics. In forth grade I wrote and performed my first rap at my school's talent show. As you can imagine, it was amazing to them that a red head, freckle face, white kid was rapping. It was not expected by anyone at the time, and that element of surprise is what drives me. To see the reaction on people's faces when I start flowing is very motivating. My inspiration to write comes from life experiences, mostly my own but sometimes I draw inspiration from watching things that my family, friends, or other people are dealing with.

Adam Hicks: I love music; I am a true fan of all types of music. My father turned me on to artist like David Bowie and The Clash. I also like old school hip hop artist like KRS One, Big L, Biggie Smalls, to newer artist like Drake, Lil Wayne, and I rock out to artist like Foo Fighters, Bruno Mars, Lady Gaga. I just love music.


Question: We also watch you on Zeke & Luther. Can you relate to the character of Luther?

Adam Hicks: Luther and I share the same sense of adventure and we both like to ride boards. Luther is over the top which I enjoyed playing because the character helped build me as an actor. Personally I am more laid back.


Question: You've starred alongside Tim Allen, are there any other actors you wish to collaborate alongside?

Adam Hicks: I have learned so much from all the projects I have worked on. Mr. Tim Allen is an awesome actor and just being on set with great performs, directors, and producers like him and others have elevated my desire to learn more about my profession. It's an honor to be in such great company. I would like to just keep working and learning within the industry.


Question: How did it feel to see yourself on the big screen?

Adam Hicks: It's funny but I seem to look for what I can improve on whenever I watch myself on screen. It doesn't really hit me until fans come up to me and tell me how much they enjoyed my character or my music. When I go back home to Vegas is when I feel it the most because my friends there have known me for years and they keep it real. To see that they tape every episode Zeke and Luther and enjoy watching Lemonade Mouth means the world to me.

Having my family and friends enjoy and support what I do is one of my greatest joys.


Question: What has been your favorite part of becoming an actor?

Adam Hicks: The best part of being an actor is getting the opportunity to simply entertain people. All the projects I have worked on are special to me but Lemonade Mouth was the first project that I was able to showcase my acting, dancing, rapping, and musical writing skills all at the same time.

Question: What/who was your inspiration to go into the acting industry?

Adam Hicks: My parents are my inspiration.

They have worked so hard to help make this happen and most of all they believed in me and support my dream, which means the world to me.
When I was growing up I really enjoyed to perform so I joined drama in school. My parents saw how much I loved it and researched how to get in the entertainment industry because. They were able to see my passion for entertaining, and thanks to them I able to do what I love.

Adam Hicks: I am used to getting up at 5am every morning in order to be on set on time. Since we are currently not filming I get up around 8am - 9am and check my calendar for appointments.
After breakfast I contact my manager to make sure all is in order.
When I get home I eat and kick it with my brother for a while and than go in my home studio and start writing songs.
I love writing because its my way of expressing what I am feeling or going through.
If I have some free time I call over a few friends and we chill out watching TV, playing video games, writing beats, or go catch a movie.


Question: What are you currently working on?

Adam Hicks: I am currently working on a few projects that I am excited about. Lemonade Mouth is rehearsing for some live TV appearances coming up in June, 2011 and hopefully some concert show dates (if the fans request it).

I have a song called " We Burnin Up" which will be the Summer Anthem for DisneyXD coming out next month and we are shooting a music video to it June 10th, 2011.
This song is a party record that you can bump in the car, iPod, parties, or CD player.
"We Burnin Up " features my friend Chris Brochu from Lemonade Mouth "Muddslide Crush" and was produced by the one and only super producer "Stereo" out of Chicago.

The Disney show, "Shake It Up," will have an appearance by the amazing Jabbawockeez June 12th, 2011 at 8:30 pm. They will perform to a song I wrote and performed called "Dance For Life" featuring Drew Seeley and produced by "Stereo." It was such an honor when Disney Executives called me and gave me the news. I am and have been a fan of the Jabbawockeez and am excited they get to perform to my music.

I was working on the set of Zeke and Luther so I couldn't make the Jabbawockeez taping so I can't wait to see their routine to the "Dance For Life!" Everyone on the set of "Shake It Up" was texting and calling me telling me how INCREDIBLE they where.

As I mentioned I write daily and I am working on my debut album.
We have met with a few labels who are interested in deals but I am focusing on making the best record for my fans.
I want to make people dance, rock out, and just party.

I am currently filming episodes of Disney's So Random and reading scripts for upcoming movie projects.

I just want to keep learning and working hard to please the ones that matter to me the most my family, friends, and FANS.

"Lemonade Mouth" introduces an unlikely ensemble of five students - Olivia, Wen, Stella, Mohini and Charlie - who, after meeting in detention, gradually realise their shared musical connection and belief that it's time for the students of Mesa High to stand up and be heard on things big and small (ranging from the school Principal's exclusive support of the athletic programs to the removal of the popular organic lemonade from the cafeteria). Ultimately, as they open up to each other and form friendships, they start a band -- Lemonade Mouth -- that soon resonates with students sidelined by the high school elite. However, not everyone in the school is ready to cheer them on, especially since the popular rock group "Mudslide Crush" is determined to maintain their headline status and win the coveted Rising Star music competition at Mesa High.