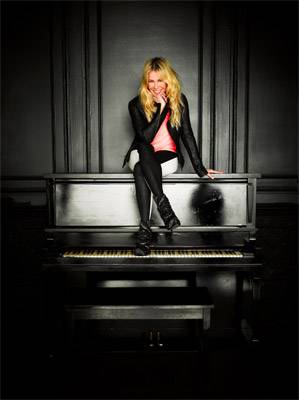 The always entertaining Chelsea Handler and her team of misfits are back for another over-the-top season of E!'s hit office comedy, 'After Lately". This no holds barred comedy series follows the lives of the 'Chelsea Lately" staff and the real life mishaps that occur in and around the making-of the late-night talk show. This season, guest appearances from the likes of Reese Witherspoon, Kate Beckinsale and Charlize Theron add to the chaos when they find themselves entangled in the staff's web of absurdities. The third season of 'After Lately" premieres on Monday, April 8 at 10:30pm only on E!

In the season premiere, Chelsea is caught off guard by an uncomfortable conversation with the much-loved Reese Witherspoon. What's more, Chelsea's band of 'ridiculous morons" discovers some unfavourable network research about each member of the 'After Lately" team. While Heather is aging out of the show's target demographic, Sarah's loose morals and exhibitionist nature aren't doing her any favours either. Chelsea then sends the writers into frenzy after insisting they attend a very expensive fundraiser she is hosting.

Don't miss every semi-real moment when E!'s 'After Lately" premieres on Monday, April 8th at 10:30pm only on E!