Australia's generation Y is not as concerned or passionate about the inhumanity of whaling compared to older generations, according to the latest research conducted by leading animal welfare group, the World Society for the Protection of Animals (WSPA).

"It's crucially important that young Australians be made more aware of the extent of the cruelty involved when whales are hunted and slaughtered, and to see the murder of each whale as more than just another statistic. Maybe then, the youth will feel more compelled to take action." This is the hope of WSPA spokesperson Louise Fitzsimons.

WSPA is committed to the welfare of all whales, everywhere. In a joint partnership with Optus, WSPA is calling for all Australians, young and old to help put an end to whaling through their 'Give Whales a Voice' campaign. 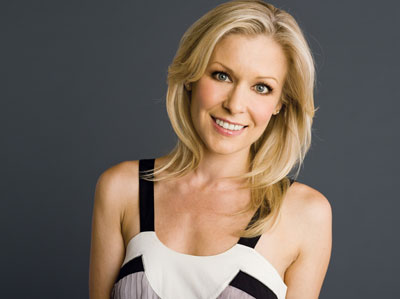 Passionate animal welfare campaigner, Sami Lukis, has joined WSPA as an ambassador for 'Give Whales a Voice'.

What kind of work is the WSPA involved in?

Sami Lukis: WSPA's vision is to create a world where animals matter and cruelty ends. It aims to protect animals, prevent cruelty to animals and relieve animal suffering in every part of the world.


Could you give us some information about your 'Give Whales a Voice' campaign?

Sami Lukis: We're asking all Australians to go online at www.givewhalesavoice.com.au and record a word. Each word will be used in a speech being compiled by WSPA and presented to support the Austrailan Government's proposal to put an end to whaling. This speech will be heard by the IWC at their annual meeting in Morocco in June. These are the people who vote on the future of whales and manage the whale populations worldwide.


To date what would you say has been the WSPA's greatest achievement?

Sami Lukis: On the issue of whaling, WSPA is bringing attention to the inhumanity of the slaughter. These beautiful animals are suffering. WSPA wants us to recognise that the whaling debate is not just about numbers. The fact is, there is no humane way to kill a whale at sea. Any whale killed is one too many. Through WSPA's new partnership with Optus to Give Whales a Voice, we need to show the IWC how strongly Australians feel about whaling.


How will this campaign help to give whales a voice?

Sami Lukis: Our voices will help the government get the message across and show that Australians are still passionate about putting an end to commercial whaling. This is the most direct way to take our feelings on whaling to those people who are voting on the future of whales. This year it's more important than ever to give the whales a voice. Because the IWC is seriously considering a compromise deal, which would start to legalise some whaling and overturn the 20 year ban on whaling.


Why is it so important for young people to become aware of whaling?

Sami Lukis: Obviously we want whales preserved for future generations. But we need all people, of all ages to be aware of the inhumanity of whaling and take a stand against it. Because the fact is, there is no humane way to kill a whale. It's a disgusting, inhumane, horrific act. We need to build awareness and understanding of the fact that you don't need to kill a whale to understand it . And most importantly, we need to prevent the whaling ban from being destroyed by the proposed compromise deal at this year's IWC in June.


Why do you think Generation Y are so uninformed when it comes to the issue of whaling?

Sami Lukis: Sadly, it seems Generation Y isn't as concerned or passionate about the inhumanity of whaling, compared to older generations. While around 93% of all Australians still support the cause, only 35% of those aged 18-24 are passionate about it. And only 55% of Gen Y are concerned about the disgusting why in which the whales are killed. 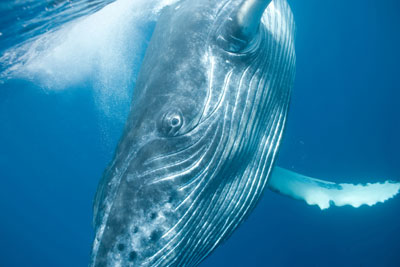 Why are whales hunted and why are they slaughtered so inhumanely?

Sami Lukis: There has been a complete ban on whaling for the last 20 years, but this hasn't stopped Japan, Norway and Iceland from continuing to hunt and slaughter around 2,500 whales each year. The Japanese continue under the guise of Scientific Whaling and Norway and Iceland just blatantly ignore the ban. The most common way to kill a whale is with a penthrite grenade harpoon which explodes inside the whale's body, causing it to die a slow, painful death.


Do you think whaling will ever be completely phased out?

Sami Lukis: I hope so. Because there is no valid reason for whales to be killed at sea. And there is no humane way to kill a whale.


How can we make people more aware of the cruelty involved in whaling?

Sami Lukis: Through campaigns like this. It will only take one minute of your time to go online, record your voice, and give the whales a voice. Every word recorded will be written into a presentation to help back the Australian Government's proposal, which is calling for an end to whaling.


What is the International Whaling Commission (IWC)?

Sami Lukis: The IWC is the group of people who vote on the future of whales and manage the whale population worldwide. They're the only international forum for the management and protection of whales, therefore it's vital that Australia has a strong presence at the IWC to maintain our strong position against whaling.


How can we as a country do our part to put an end to whaling?

Sami Lukis: With the generous support of Optus, all Australians can support this campaign and take a stand against something that's just wrong - in the hope of making it right ! Register at givewhalesavoice.com.au and record your voice. And support WSPA's campaign to bring an end to whaling. Give the Whales a Voice!