Kris Jenner... And All Things Kardashian 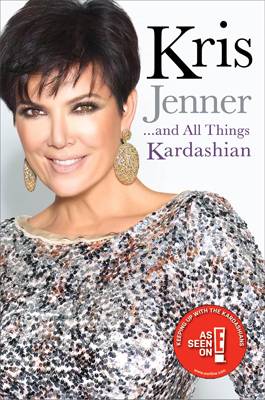 Kris Jenner... And All Things Kardashian

A Revealing Personal Story: An ambitious businesswoman, Jenner will delve into the world of living a hectic life in the celebrity spotlight as well as touch on themes love, loss, marriage, divorce and motherhood, which should resonate with a wide range of women. Jenner will talk about being the mother of six children, her marriage to Olympic champion Bruce Jenner, her controversial parenting style, O.J. Simpson (She was married to the late Robert Kardashian, O.J.'s defense lawyer and was the best friend of murdered Nicole Brown Simpson), her work in television (she is currently the executive producer of all four hit Kardashian shows - Keeping Up with the Kardashians, Kourtney and Khloe Take Miami, Kourtney and Kim Take New York, Khloe & Lamar).

Kristen "Kris" Mary Houghton grew up in University City, a suburb of San Diego. Kris was married to lawyer Robert Kardashian (widely known for his trial defense of O.J. Simpson) from 1978 to 1990, with whom she had four children: Kourtney, Kim KhloÉ and Robert Kardashian Jr. Kris then married Olympic decathlon champion Bruce Jenner in 1991. They have two children, Kendall and Kylie. She is best known for being the executive producer and starring in the reality show Keeping Up with the Kardashians.