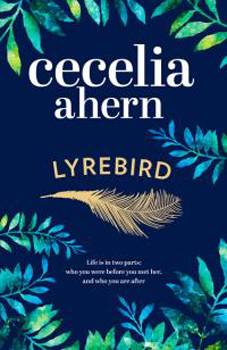 Cecilia Ahern's books have sold over 22 million copies worldwide. Her hit debut novel, P.S. I Love You, was adapted into a major film starring Hilary Swank and Gerard Butler, and her subsequent books have captured the hearts of readers in 47 countries around the world. Cecilia's new novel, Lyrebird is a thoughtful, deeply moving love story that centres on the exceptional talent of an unusual young woman.

Down in the south west of Ireland, rugged mountains meet bright blue lakes and thick forests. Deep in the woods, surrounded by farmland, a young woman lives alone in a small stone cottage. Then, into her peaceful landscape comes a documentary crew. Solomon's skill is sound. He records, he listens, he hears. And when he meets Laura, he discovers that she has an extraordinary talent: an ability to mimic sounds. It's a gift that earns her the nickname Lyrebird.

From that point, Laura's life is turned on its head. When the documentary crew offers her a way forward, a bridge to another kind of life, she takes it. But while Solomon knows the world will love Laura, will it free her to spread her wings – or will it trap her in a gilded cage? Like all wild birds, she needs to fly free…

In addition to writing bestselling novels, Cecilia Ahern is the co-creator and producer of the Emmy award winning American Broadcasting Company's comedy series, Samantha Who?, starring Christina Applegate and Melissa McCarthy. She was nominated for Best Newcomer 2004/5 at the British Book Awards for PS, I Love You and won the 2005 Irish Post Award for Literature and a 2005 Corine Award for her second book Where Rainbows End. Her fifth novel Thanks for the Memories was nominated for Most Popular Book in the British Book Awards 2008.