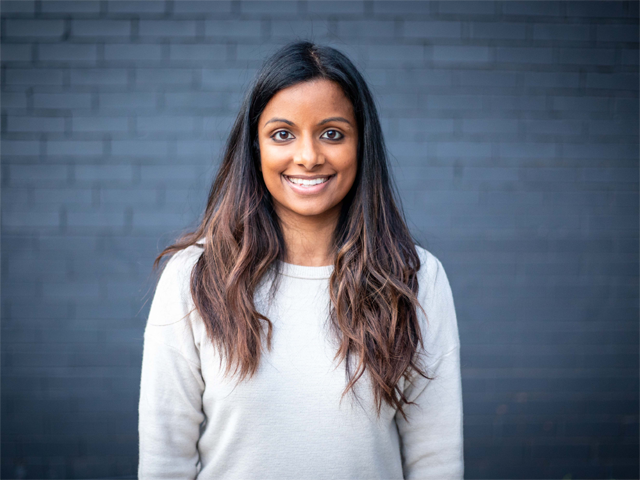 Merissa Forsyth is the CEO & Founder of Pretty Foundation, a not-for-profit dedicated to instilling body confidence in young girls aged 2-6. Envisioning a world where all females are comfortable in their bodies, confident in themselves, and conquering in their endeavours, Merissa founded the Pretty Foundation in 2016.

The journey of Pretty Foundation began in 2013 when Merissa partnered with the Butterfly Foundation and championed a successful campaign called 'Make up free me'. The campaign encouraged every-day and high-profile participants to go make-up free for a day to generate conversation about adverse body image.

Sensing a common thread throughout these conversations, Merissa realised there were already a number of reputable organisations doing life changing work for those severely impacted by negative body image, but no one was speaking to young girls in the early years of their life.

With her fast-moving corporate career on hold, Merissa discovered 38 per cent of 4-year-old girls are dissatisfied with their bodies, and 34 per cent of 5-year-old girls intend to diet. Horrified by these statistics, Merissa couldn't find any organisations or resources for early education of body image for young girls and it was then Pretty Foundation was born.

Pretty Foundation focuses on early education of positive body image while also celebrating and supporting young girls under the age of 18. The team undertake projects to encourage, inspire and celebrate achievements of young girls. The Pretty Foundation have created a children's book series called Charlie's Tales, as well as hosting the annual Pretty Inspirational Awards. These awards celebrate the achievements and recognise the efforts of young girls across the country in six unique categories.

Question: Can you tell us about Pretty Foundation?

Merissa Forsyth: Pretty Foundation is a not-for-profit designed to promote early education and positive body image for girls aged between 2-6. After finding out some pretty alarming statistics about how dissatisfied girls as young as four were with their bodies, I found that there were no organisations or resources to support young girls in combatting body image issues.

I started the Pretty Foundation to provide parents with a resource but also to encourage and inspire young girls to understand that their worth goes beyond the way they look.

We run various programs that not only equip parents and educators to raise body confident girls but we also directly engage with young girls through our children's book series, Charlie's Tales. Our most recent initiative was the Pretty Inspirational Awards, which aims to teach girls that their value is not in their appearance by celebrating their skills, character and achievements.

With all of these programs in mind, we are working to reclaim the power of 'pretty' and spread the message that the true value of a young girl is not measured by the way they look but rather that their value is in who they are.


Question: What inspired you to start the Pretty Foundation?

Merissa Forsyth: In 2013, I had an 'aha' moment in life, as Oprah likes to call it and I put my corporate career on hold to start the 'Makeup Free Me' movement. It was a campaign where women and girls were asked to go bare faced for a day and stop and reflect on where they found their true value.

I went on to partner with a body image charity and all the funds raised through the campaign went directly into their programs. The campaign was a great success with lots of women getting involved and much needed funds being raised for school programs. After a few years of running this campaign however, I was still asking myself why the issue of negative body image seemed to still be a problem, and so I decided to find out for myself.

After reading lots of research, I came to recognise that there were many body image programs for teenage girls and even some for primary school girls however, there wasn't really anything in the early education space. Through research, I came across some frightening statistics such as in Australia 38% of 4-year-old girls are dissatisfied with their bodies. So, I decided it was time to start an organisation that focused on early education and prevention, and I called it Pretty Foundation.


Question: What's a typical day like, for you, at Pretty Foundation?

Merissa Forsyth: My role is to set the overarching goals and strategies for the organisation and then work with my team to deliver that plan. So my day is typically driven by the key initiative that we are running at the time as well as the upcoming initiative in the next few quarters. Every day can look very different as I may be speaking at an event to reviewing the next book in our Charlie's Tales series. And that's what I love about my job, there's so much variety.


Question: What are the main challenges that young girls are facing?

Merissa Forsyth: There are many pressures these days that young girls face, from the school yard, to television and from what they hear from their parents, all playing a role in shaping and moulding girls of the future. Girls are constantly being pressured to look a certain way and if they don't they feel less worthy. With this increase of platforms that young girls can access there is even more pressure on them these days. At Pretty Foundation we want to recognise young girls on their achievements and attributes and what makes them unique, not that their value is in their appearance.


Question: How can we support young girls in overcoming these challenges?

Merissa Forsyth: A great place to start is being mindful of our own language. Little girls are like sponges and they soak up everything we say and do, and it's not always the positive stuff. Give constructive feedback, value personal qualities and strengths other than appearance and remember, you are a role model.

We also have some great, free, downloadable resources on the Pretty Foundation website which might be particularly useful over the school holidays https://prettyfoundation.org/resources/


Question: What can parents of daughters do to ensure we diminish negative body image?

Merissa Forsyth: It's fundamentally about creating good habits and routines at a young age and giving them the right perspective, skills and support to nurture a positive body image as they grow up. Here are a few tips from our body image experts:

1. Teach your daughters that health is more important than appearance. Focusing on looking after the one body that we have and fuelling it is the key message, rather than focusing on what it looks like.
2. Promote body diversity in your household. Talk about how each one of your family members look different and how that is beautiful – it would be boring to all look the same way.
3. Avoid criticising anyone's appearance as our little ones can start to believe that some types of bodies are better than others.
4. Focus on internal qualities and celebrate that in your child – their skills, abilities and character


Question: How important is promoting positive body image and confidence in young girls?

Merissa Forsyth: When I was researching, I uncovered some really alarming statistics that in Australia 38% of 4-year-old girls are dissatisfied with their bodies. I found this astounding that at 4 years old, young girls were having these thoughts. These girls might then grow up and have long term effects including low self-esteem, eating disorders and various other mental health issues that impact their personal lives.


Question: What are the Pretty Inspirational Awards?

Merissa Forsyth: The Pretty Inspirational Awards were started two years ago as a way to recognise and celebrate the achievements of girls under 18 years of age, from all over the country. There are six key categories, Pretty Ambitious, Pretty Artistic, Pretty Bright, Pretty Compassionate, Pretty Courageous and Pretty Sporty which over the last couple of years, has seen some incredibly achievements of girls who are already doing incredible things.

Anyone is able to nominate an inspiring young girl in their life and it all comes together on a beautiful Awards evening where we celebrate each of the winners. This year, we hosted the event right before International Women's Day and got to hear the stories of the six incredible winners.

We want to empower our next generation of women, because we know when girls are confident in themselves, they go on to be conquering in all their endeavours. Stay tuned for our Pretty Inspirational Awards 2021!


Question: What's the main message you hope to spread with the Pretty Foundation?

Merissa Forsyth: This main message that we want to spread through everything that we do at Pretty Foundation is that we are valuable for who we are, not what we look like.


Question: What's next for you and the Pretty Foundation?