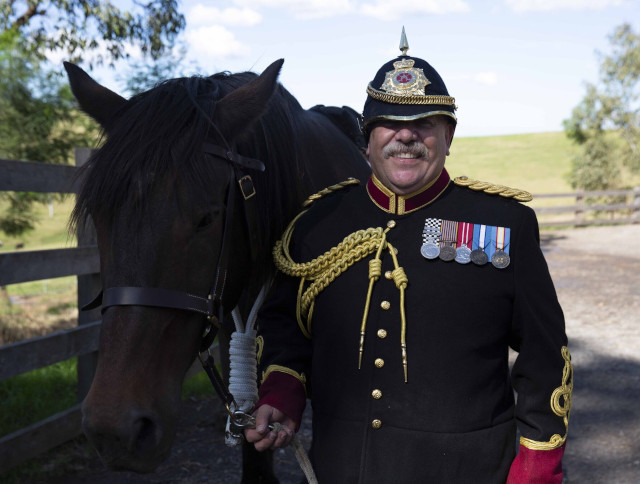 RSL LifeCare is encouraging Australians to remember and support veterans on Anzac Day and every day.

New research conducted on behalf of RSL LifeCare in the lead up to Anzac Day has revealed that while seven in ten people plan to commemorate the occasion this year, almost half of Australians (49%) disagree that veterans today are adequately supported with essential services, such as mental and physical health care and financial assistance.

The information was released today from a research study undertaken by YouGov and commissioned by one of the leading aged care and veteran services provider in NSW and ACT, RSL LifeCare.

RSL LifeCare Executive General Manager for Veteran Services, Nicki Young said the survey findings were encouraging overall, both in the continued strong support of commemorating Anzac Day and importantly, the awareness of the ongoing need to embrace veterans and their wellbeing.

"RSL LifeCare is proud of its long ties to veterans – both young and senior – and we take very seriously and with a great deal of respect the support and wellbeing services we provide to veterans and their families," Ms Young said.

"Anzac Day will always be an important occasion to pause and reflect on the sacrifices that men and women have made and continue to make. As time progresses, the meaning of the day has grown to reflect the sacrifices and services of past and present veterans alike. On 25 April, we will remember them all, and it's important that we continue to remember and support them throughout the year."

RSL LifeCare and its thousands of residents and staff will join millions of Australians in marking Anzac Day, with a series of services and commemorations planned across NSW and the ACT.

"RSL LifeCare is uniquely placed in its support of veterans, providing care and opportunities to both current and former serving Australian Defence Force members and their families, as they form part of local communities – and for some in later life, as part of our aged care, home care and retirement communities," Ms Young said.

Alongside the report, RSL LifeCare has also released a series of images and vision showing some of the unique mementos that veterans and staff across RSL LifeCare's community keep close to them, particularly on Anzac Day.

One of those to tell her story and share her memento is Barbara Edwards, a member of the RSL LifeCare NSW sub-branch. A former reservist for 37 years and morse-code operator, Barbara and her sister (Louise McGilvray) and brother (Andrew Edwards) who also live with her at RSL LifeCare's Picton home, come from a long line of veterans, including their father and grandfather who served in World War II and World War I respectively.

The siblings keep images and medals of both their father and grandfather close to them, with Barbara commenting that their service inspired her from a young age and led to her becoming a reservist.

"Anzac Day is important to me as it's a time for us all to reflect on the sacrifices that those brave soldiers, sailors and airmen made for us," Barbara said.

Further information on RSL LifeCare and its veteran services offerings can be found at www.rsllifecare.org.au. RSL LifeCare's Veteran Services include: