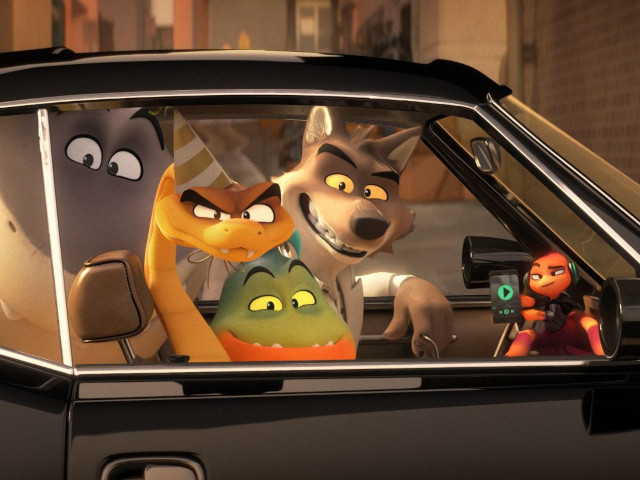 Nobody has ever failed so hard at trying to be good as The Bad Guys.

In the new action comedy from DreamWorks Animation, based on the New York Times best-selling book series, a crackerjack criminal crew of animal outlaws are about to attempt their most challenging con yet"becoming model citizens.

But when, after years of countless heists and being the world's most-wanted villains, the gang is finally caught, Mr. Wolf brokers a deal (that he has no intention of keeping) to save them all from prison: The Bad Guys will go good.

Under the tutelage of their mentor Professor Marmalade (Richard Ayoade, Paddington 2), an arrogant (but adorable!) guinea pig, The Bad Guys set out to fool the world that they've been transformed. Along the way, though, Mr. Wolf begins to suspect that doing good for real may give him what he's always secretly longed for: acceptance. So when a new villain threatens the city, can Mr. Wolf persuade the rest of the gang to become … The Good Guys?

Question: What originally inspired the idea of The Bad Guys? 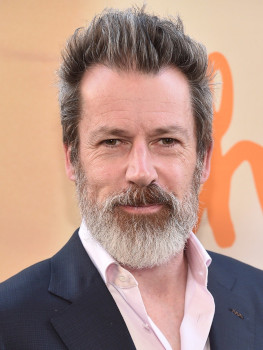 Aaron Blabey: When my youngest kid was six years old, he was being sent home from school with books so boring they would make him cry. I decided to do something about it. At the time he was into scary animals and badass cars and, simultaneously, I'd been toying with the idea of writing something about prejudice. Those unconnected elements clicked together in my head one day and The Bad Guys were born.


Question: How does it feel to see your book come to life on screen?

Aaron Blabey: Movies have always been disproportionately important to me. They are central to my life. With that being the case, co-executive producing a movie that spent a couple of weeks at #1 at the US Box Office is more of a thrill than I have the capacity to articulate.


Question: What research did you do, prior to writing The Bad Guys?

Aaron Blabey: I started when I was six years old. I saw every cool movie ever made. Then I tried to do something to put alongside them that wouldn't embarrass me.


Question: Who is your favourite character in The Bad Guys?

Aaron Blabey: Mr Snake. He struggles the most with staying on the right path. That makes him the most interesting to write. For a snake, he feels very human.


Question: Can you tell us a little bit about the process of making an animated movie?

Aaron Blabey: It's long. Many drafts, many discussions, many cuts, many versions. It's a bit like a giant jigsaw puzzle being put together by a large group of very talented people, none of whom reeeeally know what it's going to look like until, one day, we all say "Hey! That's it!"


Question: Without giving too much away, what's your favourite part of The Bad Guys?

Aaron Blabey: That opening ten minutes - from the diner and to the conclusion of the ensuing car chase - make me very, very proud when I think about it. And I think about it a lot.

Aaron Blabey: I had no success until I was 40 and until then, I saw NO evidence that I'd ever have any. So, yeah…don't give up. Everything around you, everything you see, everyone you talk to will probably make you feel like it's impossible. You'll feel crazy. You'll feel like you're wasting your time. Somewhere deep inside you might have a quiet impulse telling you that you're heading in the right direction but the noise around you will earnestly try to cancel that out. However, if you successfully keep that impulse alive - any way you can - and keep getting up no matter how many times you get knocked down, you just might find your way.


Question: What or who inspired your love of writing/producing?

Aaron Blabey: Everyone who's ever made a kickass movie. It's amazing that any movie gets made, let alone a good one. A great one is a rare and miraculous thing.

Aaron Blabey: In animation, during a pandemic, I'd say a day on set is A LOT like being in your own house. I mean that literally. This movie is an extraordinary testament to what can be achieved remotely. Even the cast recorded dialogue from their homes. As for me, I was not only working from home but I was working on an entirely different continent. It's amazing to me that I could write notes on the latest screening in the Blue Mountains outside of Sydney and then see those notes come to fruition in the next screening when I received it from the team in Los Angeles. It was a pretty extraordinary experience.

Aaron Blabey: Many more books, three more movies and maybe a couple of TV shows too. I'll let you know.