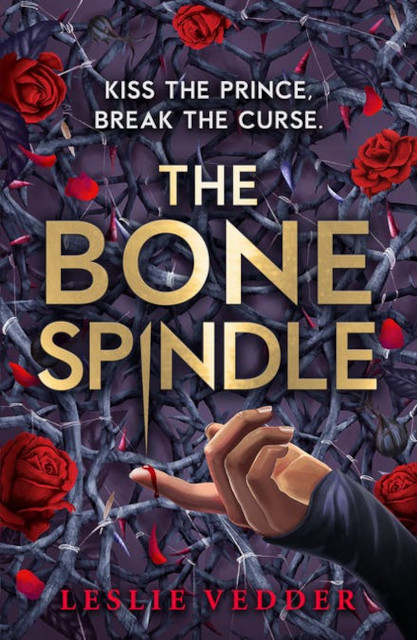 Two girl treasure hunters. One sleeping prince. A hundred-year-old curse and one very angry witch. Fantasy with m/f and f/f romance for fans of CINDERELLA IS DEAD. A pacey, fractured twist on a classic fairy tale!

Filore, a treasure hunter with a knack for riddles, is busy running from her own deadly curse, when she pricks her finger on a spindle. Bound to the sleeping prince Briar Rose with the spindle's magic - and chosen as the only person who can wake him - Fi is stuck with the prince's ghost until she can break his ancient curse and save his kingdom.

She's going to need a partner. A warrior huntswoman with an axe to grind (literally), Shane couldn't care less about curses and ancient texts. But instead of riches, the two girls find trouble.

Dark magic, witch hunters, nightmarish beasts - and of course, curses - all stand in their way as Fi and Shane undertake the dangerous journey into a forgotten kingdom where the sleeping prince's body waits.

About the author
Leslie Vedder subsists primarily on coffee and cat snuggles. She grew up on fantasy books, anime, fanfiction and the Lord of the Rings movies, and met her true love in high school choir. She graduated from San Francisco State University with a B.A. in creative writing and currently lives in Colorado with her wife and two spoiled house cats.