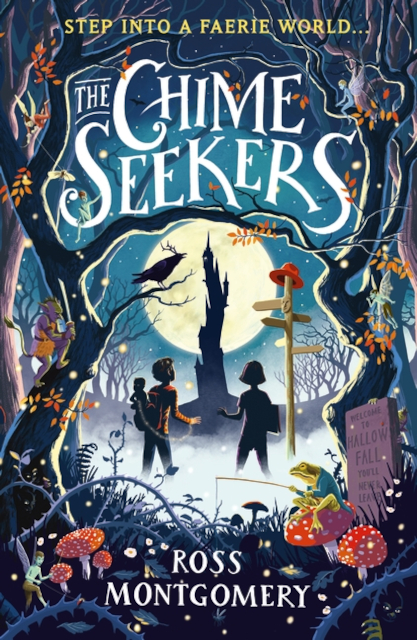 From the Costa-shortlisted and critically acclaimed author of the bestselling The Midnight Guardians comes a middle-grade fantasy adventure about siblings, courage and the magic that hides in the cracks.

Step into a world of faerie tricks and hidden danger... When an evil faerie steals Yanni's baby sister and swaps her for a Changeling, Yanni is swept into a dangerous race against time to get her back. For faeries delight in tricks and rescuing her won't be easy. With the help of his cousin, Amy, and the reluctant Changeling, Yanni must travel to goblin palaces and battle-swept oceans, discovering ancient treasures and secrets along the way. Yanni will need every drop of courage and even a few tricks of his own, if he's to outwit the faerie and save his sister…

• The magical world of British folklore comes to life in this contemporary fantasy novel, bursting with Ross's trademark charm, humour and warmth, and with a sibling and family relationship at its heart.
• With the classic feel of Emma Carroll, the magic of Piers Torday, and echoes of David Bowie's Labryinth, The Chime Seekers firmly establishes Ross as one of the greats of children's literature.
• Ross Montgomery is one of the most popular and hardworking authors in children's books – his many fans include Kiran Millwood Hargrave, David Solomons and Katharine Rundell, not to mention the army of librarians and booksellers across the country.

About the author
Ross Montgomery started writing stories as a teenager, when he should have been doing homework, and continued doing so at university. His debut novel, Alex, the Dog and the Unopenable Door, was shortlisted for the Costa Children's Book of the Year and Branford Boase Award. It was also selected as one of the Sunday Times' "Top 100 Modern Children's Classics". His books have also been nominated for the CILIP Carnegie Award, while his picture book Space Tortoise was nominated for the Kate Greenaway Award and included in the Guardian's Best New Children's Books. The Midnight Guardians, Ross's first fiction novel with Walker Books, was selected as a Waterstones Children's Book of the Month and is garnering huge praise. He lives in London with his girlfriend and their cat, Fun Bobby.