I wake up, and for a few precious seconds I don't realise there's anything wrong. The rumble of tyres on bitumen, and the hiss of air conditioning. The murmur of voices. The smell of air freshener. The cool vibration of glass against my forehead.

A girl wakes up on a self-driving bus. She has no memory of how she got there or who she is. Her nametag reads CECILY. The six other people on the bus are just like her: no memories, only nametags. There's a screen on each seatback that gives them instructions. A series of tests begin, with simulations projected onto the front window of the bus. The passengers must each choose an outcome; majority wins. But as the testing progresses, deadly secrets are revealed, and the stakes get higher and higher. Soon Cecily is no longer just fighting for her freedom - she's fighting for her life.

The acclaimed author of After the Lights Go Out returns with another compelling YA thriller - a timely novel about the intensity and unpredictability of human behaviour under pressure.

About the author:
Lili Wilkinson is the award-winning author of eleven YA novels including After the Lights Go Out, The Boundless Sublime, Green Valentine and Pink. Lili established the insideadog.com.au website and the Inky Awards at the Centre for Youth Literature, State Library of Victoria. She has a PhD in Creative Writing, and lives in Melbourne with her partner, son, dog and three chickens.

Question: What originally inspired the idea of The Erasure Initiative?

Lili Wilkinson : I was really struggling to think of an idea for a new thriller. Then one morning I woke up in the middle of the night and thought - a girl in a self-driving vehicle, with no memory of how she got there or who she is. Everything else came from that image.

Lili Wilkinson : Usually my answer for this question is yes, but I think for the first time I haven't. I really wanted to explore certain archetypes for the characters in the book, and then twist those archetypes around a bit and make them do unexpected things. 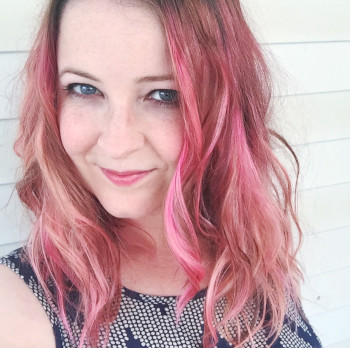 Lili Wilkinson : One of the first things I read when researching The Erasure Initiative was a book called The Answer to the Riddle is Me by David MacLean - a memoir about a man who woke up on a train station in India, with absolutely no memory of who he is or how he got there. I was fascinated by the idea that you can lose all your autobiographical memory (your episodic memory), but keep all your general knowledge (your semantic memory). And the book asked this really poignant question - what if you lose your memory, and then when you learn who you were, you realise you don't really like that person?


Question: What was one of the most surprising things you learned while writing your books?

Lili Wilkinson : How fragile memory is. And how unreliable!


Question: What research did you do, prior to writing The Erasure Initiative?

Lili Wilkinson : I read a lot about memory and neuroscience, the basics of hacking, what it's like to have a prosthesis, the criminal justice system, Odysseus, self-driving vehicles and a few other things that are too spoilery to list!


Question: What is the best thing about creating a character like Cecily?

Lili Wilkinson : I really wanted to write a character who was enormously privileged, and has to confront the fact that privilege doesn't necessarily make you a good person. Cecily is white, rich, smart, beautiful - but is she likeable? Is she good? I'll leave that to the reader to decide.

Lili Wilkinson : All of the books I read as a kid, especially those by Isobelle Carmody, Tamora Pierce, Lloyd Alexander and Diana Wynne Jones.

Lili Wilkinson : I've just released the first book in a junior fiction series called How To Make A Pet Monster, so I'm currently working on books two and three of that. And I'm working on a fantasy novel that has been a long, long labour of love, but I hope I'm inching towards the finish line!