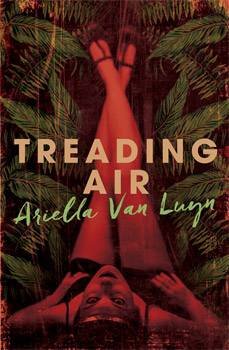 In 1920s Queensland, Lizzie O'Dea wants to get away from her dad and the memories of her mum that haunt her. At the races, she meets attractive, war-scarred Joe and sees her chance to escape. But life with Joe isn't what she dreamt it would be.

Finding herself on the fringes of society, Lizzie discovers a new sense of independence and sexuality, love and friendship. It's a precarious life, though, always on the edge of collapse.

Two decades later, Lizzie is sick and worn out. Lying in a Brisbane lock hospital, she thinks about Joe, who's been lost to her for many years. But she's a survivor. There's hope yet.

Set between Brisbane and Townsville, Treading Air is the remarkably vivid tale of a young Australian working-class rebel who clashed with the expectations of her world.

Ariella Van Luyn has a PhD in Creative Writing from the Queensland University of Technology. She was shortlisted for the Queensland Literary Awards 2012 in the unpublished manuscript category, based on her PhD manuscript. She lectures in creative writing at James Cook University and enjoys travelling.