Sing Fox to Me 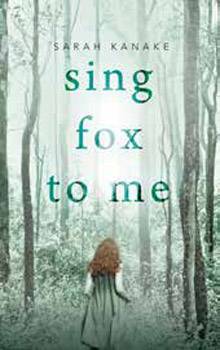 Sing Fox to Me

In 1986, fourteen-year-old Samson and his twin brother Jonah travel from the Sunshine Coast to the wild backcountry of Tasmania to live on a mountain with a granddad they've never met. Clancy Fox is a beat-up old man obsessed with finding his long-missing daughter, River, and convinced that she was taken by a Tasmanian tiger pack.

The resentful, brooding Jonah and thoughtful, inquisitive Samson become entranced, in different ways, with the mountain. While Samson – who has Down syndrome – finds mystery and delight all around, Jonah develops a dark obsession as persistent as Clancy's desire to bring River home. There's something out there in the menacing bush, something that seems set on tearing this family to pieces.

Sing Fox to Me is a story built from lost and stolen children, Tasmanian tigers, missing animals, Down syndrome and parents who run away. It is the symphony of three howling male voices, each hoping to find the right pack and live comfortably in their own skin.

Sarah Kanake grew up in the rural beach town of Tin Can Bay with her parents, brother who has Down syndrome, two Aboriginal foster brothers and her best friend. Sarah's father is a Vietnam war veteran. At four years old, Sarah was accidentally shot in the bum. At eight years old, Sarah was bitten on the very same bum cheek by a shark – her brother literally pulled the shark off her.

Sarah is a creative writing tutor at University of the Sunshine Coast. She has a PhD in creative writing from QUT on the representations of Down syndrome in Australian literature. She was recently shortlisted for the Overland Short Story Prize and won the QUT Postgraduate Writing Award in 2013. Her fiction has been published most recently in The Lifted Brow and Stilts. Sarah is one half of the country music duo The Shiralee. She lives on the Sunshine Coast with her partner, baby daughter and two labradoodles.

Question: What inspired the story of Sing Fox To Me?

Sarah Kanake: My PhD (finished in 2014 - QUT) is comprised of an exegesis and novel (Sing Fox to Me!) and basically questions why characters with Down syndrome are built into the scaffolding of (what I termed) 'the Down Syndrome" (capital S to delineate the importance of the syndrome/disability in the novel) novel rather than being represented as individuals with a clear agency and a legitimate, autonomous voice and point of view. Through the writing of SFTM I also questioned how the Australian Gothic novel might open up new possibilities for practitioners of modern disability fiction.

Having said that, there are different inspirations for different elements. Samson has Down syndrome and so does my brother, Charlie. Charlie and I communicated in sign when we were young and so does Samson and Mattie in the book. My partner is from Tasmania and our trips to Tassie certainly inspired the setting of the novel. There are aboriginal characters in this story, as there are in my family and life. There are missing children in this novel and I was greatly inspired by the traditional babes in the bush stories (both real and fictional) and novels like -The Sound of One Hand Clapping' by Richard Flanagan.

SFTM is told through three very distinct and different male voices. This was important for me to show how the often masculinised Australian bush can devour and take male characters as well. In the past the bush has mostly stolen girl children, like in the -Picnic at Hanging Rock' and, even though there are girls who go missing in SFTM, I wanted to show how the Gothic Australian bush could devour/change/destroy male characters in a similar way.


Question: What inspired the Tasmanian setting?

Sarah Kanake: I love Tasmania. It is a place I feel a deep kinship with. My fiancé (and father of my daughter) is Tasmanian (he was born and raised in Deloraine and his family still live there) and we have had a few long trips through the state. I wrote SFTM on my first trip to Tasmania over 8 weeks. Chapters were written outside the Mole creek caves, on the beach in Stanley, in my fiancé's childhood room in Deloraine, in a tent in the Lake District, on the harbour in Hobart, in the bush of west Tassie and the beaches of the bay of fires.

But, besides how I feel about the real place, Tassie also has a long history of 'housing" great Gothic writing. As Gothic researcher Gerry Turcotte (or, was it Ken Darby?) wrote, Tasmania is the dark basement of literary Australia. It is a (literary) place where outcasts and stories of outcasts are embraced. Difference has currency in Tasmanian Gothic so, of course, it is the ideal place for a story about disability, displacement and difference.

Sarah Kanake: It is the year the Thylacine is officially declared extinct. This is an important moment in the novel because of how Clancy Fox has conflated his hopes for the reappearance of his daughter with that of the tiger. In my book the tiger is a metaphor for shame and loss. Clancy Fox believes that his daughter was taken by tigers and that his son let it happen.


Question: What was the best thing about creating the character of Samson?

Sarah Kanake: The best thing about creating Samson was not creating him. He literally stepped out of my mind as a fully realised character waiting for me to give him something to do. Figuring out what to give him to do was the tricky part. There are very few narrative examples of Down syndrome, certainly very few first or intimate first person voices. People with Down syndrome are often still seen as a homogenous mass, despite the fact that every person with Down syndrome is different and has their own lived experiences and understanding of the world based on those experiences. The problem in (fiction at least) is that in having such a small sample to draw from, characters with DS are often required to carry the full weight of representation. Having said that, the best part of writing Samson was figuring out how to communicate sign language onto the page. I love the way Samson communicates and his relationship with the deaf girl, Mattie Kelly, is one of my favourite elements of the books.


Question: There are several issues raised in this book. Was this deliberate or did the story evolve this way?

Sarah Kanake: I certainly don't think of SFTM as an issues books. In fact, what I was aiming for was the exact opposite. An issues book generally centers on an issue. If you remove the issue, the story collapses. In SFTM the disabilities and differences are almost incidental to the plot. Samson has Down syndrome, but is it not central to the events of his story. Mattie Kelly is deaf, Jonah is small and Clancy develops dementia. Murray is a recovered addict, River has a (possible) break and Essie dies of cancer, but all of these 'issues" are back story. Having said that, I did set out to write a character with Down syndrome. In writing about DS in the novel (and my PhD) the disabilities and illnesses of the other characters emerged as very organic parts of their character. Jonah needed reason to hate Samson, Samson needed someone to sign to etc.

Sarah Kanake: Well, I have just started at new job at USC as a lecturer in creative writing where I am coordinating a new masters program. I have also just had my first child (I was literally okaying final edits for SFTM while in first stage labour!) and am working on a folk/country album with my band 'The Shiralee'. But in terms of writing, I have just started work on an Australian Gothic novel called -Lazarus' and a collection of short stories called, -The Hacienda Arms of Saigon'.

Lazarus –
'Lazarus' is set in the fictional whaling town of Burrabingi on the NSW coast in 1979 (7 years after the official close of whaling in Australia) and follows the now destitute whaling family (four kids Mathew, Finch, Boz and Rachel and their dad Blue-Jack Fisher) after Lilly Fisher (mother and wife) disappears. Lazarus (a whale skeleton) is the symbol of decay in Burrabingi. A whale Blue-Jack caught and left to rot on the bluff in front of their house as a screw you to the bureaucrats and greenies. The town watches the whale rot and eventually the kids start to play in the bones like jungle gym in a playground.

The voice of the novel is the teenage (17) Finch Fisher or 'The Mangrove Baby' as they call her because of how she was born (stuck out in the mangrove forests on the far side of town) and her mum, Lilly who may or may not be a mermaid (the townspeople reckon she is because Blue-Jack found her washed up on the beach and because Lilly is mute). 'Lazarus' is a book about myth and hardship, humans and animals. It is all told through female points of view (Lilly Fisher, Finch Fisher and Rachel Fisher).

Hacienda Arms Of Saigon –
-The Hacienda Arms of Saigon' is a multi-voiced collection of gently interconnected contemporary short fiction focused on Vietnam soldiers, veterans and wartime women. As the daughter of a Vietnam veteran myself, I have always felt drawn to the stories my father would tell about his time in the war, but even as a child I was aware there were experiences my father was unwilling to reveal. My collection seeks to find stories hidden beneath wartime experiences by explicating on the space between voice and voicelessness, exile and home, hidden and fiction. -The Hacienda Arms of Saigon' is currently being mentored by Cate Kennedy and includes -Queen's Cross' (winner of the 2013 QUT Postgraduate Writing Award, published in The Lifted Brow and the 2014 edition of Award Winning Australian Fiction), -Suong Mai' (shortlisted for the Overland Prize) and -Le Mai Huong' (published in the War and Peace edition of The Southerly).