A Kiss From Mr Fitzgerald 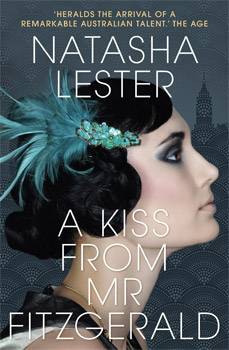 A Kiss From Mr Fitzgerald

It's the roaring twenties in the Manhattan of gin, jazz and prosperity. Women wear makeup and hitched hemlines and enjoy a new freedom to vote and work. Not so for Evelyn Lockhart, who is forbidden from pursuing her passion to become one of the first female doctors. Chasing her dream will mean turning her back on her family: her competitive sister, Viola; her conservative parents; and the childhood best friend she is expected to marry, Charlie.

In a desperate attempt to support herself through Columbia University's medical school, Evie auditions for the infamous late-night Ziegfeld Follies on Broadway. But if she gets the part, what will it mean for her fledgling relationship with Upper East Side banker Thomas Whitman - a man Evie thinks she could fall in love with, if only she lived a life less scandalous . . .

Captivating, romantic and tragic, A Kiss From Mr Fitzgerald follows a young woman ahead of her time amid the fragile hearts and glamour of Jazz Age New York.

Natasha Lester worked as a marketing executive for ten years, including stints at cosmetic company L'Or al, managing the Maybelline brand, before returning to university to study creative writing. She completed a Master of Creative Arts as well as her first novel, What Is Left Over, After, which won the T.A.G. Hungerford Award for Fiction. Her second novel, If I Should Lose You, was published by Fremantle Press. The Age newspaper described Natasha as "a remarkable Australian talent", and her work has appeared in The Review of Australian Fiction and Overland, and the anthologies Australian Love Stories, The Kid on the Karaoke Stage and Purple Prose.

In her spare time Natasha loves to teach writing, is a sought after public speaker and can often be found playing dress-ups with her three children. She lives in Perth. For all the latest news from Natasha, visit www.natashalester.com.au, follow her on Twitter @Natasha_Lester, or join the readers who have become Natasha's friend on Facebook.