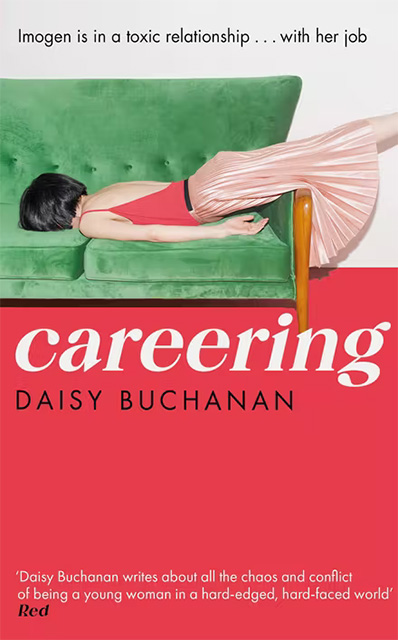 The new novel from Daisy Buchanan, the queen of the unconventional love story. What's the most toxic love story in your life... what about the one with your job?

careering (verb)
1. working endlessly for a job you used to love and now resent entirely
2. knowing that a little of your soul is inextricably tied to the work you do
3. moving in a way that feels out of control

There's a fine line between on the right track and coming off the rails.

Imogen has always dreamed of writing for a magazine. Infinite internships later, Imogen dreams of any job. Writing her blog around double shifts at the pub is neither fulfilling her creatively nor paying the bills.

Harri might just be Imogen's fairy godmother. She's moving from the glossy pages of Panache magazine to launch a fierce feminist site, The Know. And she thinks Imogen's most outrageous sexual content will help generate the clicks she needs.

But neither woman is aware of the crucial thing they have in common. Harri, at the other end of her career, has also been bitten and betrayed by the industry she has given herself to. Will she wake up to the way she's being exploited before her protege realises that not everything is copy? Can either woman reconcile their love for work with the fact that work will never love them back? Or is a chaotic rebellion calling...

Hilarious and unflinchingly honest, Careering takes a hard look at the often toxic relationship working women have with their dream jobs.