Quentin Jerome Tarantino (; born March 27, 1963) is an American director, writer, and actor. His films are characterized by nonlinear storylines, satirical subject matter, an aestheticization of violence, extended scenes of dialogue, ensemble casts consisting of established and lesser-known performers, references to popular culture, soundtracks primarily containing songs and score pieces from the 1960s to the 1980s, and features of neo-noir film.

His career began in the late 1980s, when he wrote and directed My Best Friend's Birthday, the screenplay of which formed the basis for True Romance. In the early 1990s, he began his career as an independent filmmaker with the release of Reservoir Dogs in 1992, which was funded by his sold script Natural Born Killers to Oliver Stone and coined the "Greatest Independent Film of All Time" by Empire. Its popularity was boosted by his second film, Pulp Fiction (1994), a black comedy crime film that was a major success both among critics and audiences. Judged the greatest film from 1983–2008 by Entertainment Weekly, many critics and scholars have named it one of the most significant works of modern cinema. For his next effort, Tarantino paid homage to the blaxploitation films of the 1970s with Jackie Brown (1997), an adaptation of the novel Rum Punch.

Kill Bill, a highly stylized "revenge flick" in the cinematic traditions of Kung fu films, Japanese martial arts, Spaghetti Westerns and Italian horror, followed six years later, and was released as two films: Volume 1 in 2003 and Volume 2 in 2004. Tarantino directed Death Proof (2007) as part of a double feature with friend Robert Rodriguez, under the collective title Grindhouse. His long-postponed Inglourious Basterds, which tells the fictional alternate history story of two plots to assassinate Nazi Germany's political leadership, was released in 2009 to positive reviews. After that came 2012's critically acclaimed Django Unchained, a Western film set in the antebellum era of the Deep South. It became the highest-grossing film of his career so far, making over $425 million at the box office. His eighth film, the mystery Western The Hateful Eight, was released in its roadshow version December 25, 2015, in 70 mm film format, complete with opening "overture" and halfway-point intermission, after the fashion of big-budget films of the 1960s and early 1970s.

Tarantino's films have garnered both critical and commercial success. He has received many industry awards, including two Academy Awards, two Golden Globe Awards, two BAFTA Awards and the Palme d'Or, and has been nominated for an Emmy and a Grammy. In 2005, he was included on the annual Time 100 list of the most influential people in the world. Filmmaker and historian Peter Bogdanovich has called him "the single most influential director of his generation". In December 2015, Tarantino received a star on the Hollywood Walk of Fame for his contributions to the film industry.

A fearless warrior rises up to defy an empire and unite a nation! 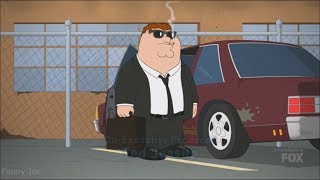 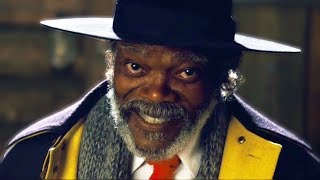 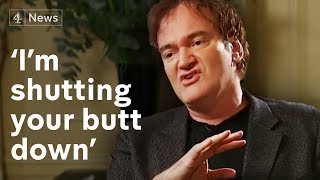 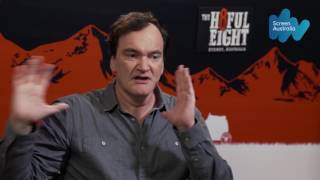