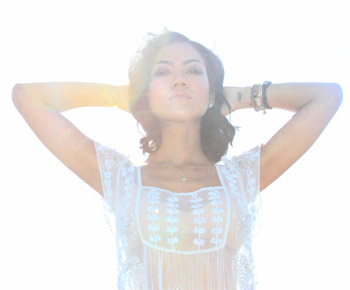 After selling out her Sydney side-show in minutes, Soulfest International in association with Channel [V] and i-D Magazine, are thrilled to announce Grammy nominated Singer/Songwriter Jhenè Aiko will be performing one exclusive Melbourne side show at Trak Lounge Bar on Tuesday October 20th, 2015.

Falling into the unique realms of alternative and future R&B, the LA born and bred Grammy nominated singer/songwriter began her career contributing vocals to R&B group B2K.  In 2011, Aiko released her first full-length project; a mixtape entitled 'sailing soul(s)". Sparkling with ethereal R&B, elegant hooks and her sweet and soulful voice, it featured standout performances by Drake, Miguel, Kanye West and Kendrick Lamar amongst others, and catapulted Jhené into the limelight. The release garnered critical acclaim and the producer No I.D asked her to be the first artist on his Atrium label, distributed through Def Jam. In 2013, Jhené released her major label EP 'Sail Out" which features appearances by Childish Gambino, Kendrick Lamar, Ab-Soul and Vince Staples, and featured the hit singles 'Bed Peace", '3.16am" and 'The Worst". In September 2014, Aiko released her debut album 'Souled Out". An anticipated release, the album featured Common and Cocaine 80s, debuted at Number 1 on the Billboard Charts, and saw her nominated for 3 Grammy Awards.

The utterly enchanting songstress will be performing one exclusive Melbourne sideshow, so this is your only chance to see her up close and personal. Tickets are on sale on the 19th August at 10am and will sellout.