You've Let Them In Lois Murphy Scott is in shock when his family – his father Leo, sister Natalie, the twins and their eccentric stepmother Sally – move to a rundown old house on the outskirts of town.

The garden is a menacing jungle that refuses to be tamed. An ancient gnome in its midst supposedly stands guard against lurking secrets, much to Scott's disgust and Sally's delight.

When strange and scary things start occurring and the creatures from the trees begin to invade the house, Scott must face the peril of an unknown force that threatens to turn their world upside down.

About the author:
Lois Murphy has travelled widely, spending six years exploring Australia in a homemade 4WD truck, working mainly in small or remote towns, before settling in Darwin for a number of years. The majority of Soon, her first novel, was written while living in a caravan park in Carnarvon. The bulk of You've Let Them In, her first book for children, was written in Broken Hill. She recently settled in regional Victoria, in a house strangely similar to the one in this book. She lives in her particular shambles with two black cats and three chickens, but doesn't really like garden gnomes, so thankfully has no idea what they're talking about.

Question: What originally inspired the idea of You've Let Them In?

Lois Murphy: The original inspiration for the book was the character of Ian, the garden gnome. He's based on someone I used to work for and was meant to be a bit of a joke. The rest of the story grew around him, he was really the centrepiece.


Question: What did you learn, about yourself, whilst writing You've Let Them In?

Lois Murphy: Writing a book is a challenge, it's such a long-term commitment, and to be honest, I didn't think I could do it. I'd written lots of short stories but developing a story over the course of a whole novel was something very new. I learnt that I had that sort of perseverance, which was really pleasing. And I really enjoyed it! 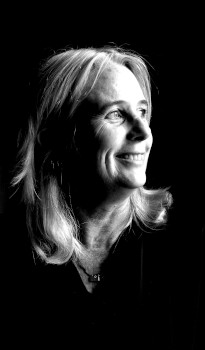 Question: Are the characters based on anyone you know, in real life?

Lois Murphy: Aside from Ian, all the characters are fiction, which is funny considering they are 'real' and he's a talking garden gnome. That said, they have bits and pieces of people I know, a hodgepodge of mannerisms and characteristics. They're more like Frankenstein creations than specific people. I pick and choose, Leo has a lot of a friend's Dad in him, and I've known many varieties of Sally.

Lois Murphy: Most of it, even though I write fiction and make up the characters. But I'm a real people watcher, I'm always intrigued by what's going on around me, the people nearby, speculating about their lives. I also read a lot, and all this informs what I write about and how my characters behave. I like to think they're believable, they could be sitting next to you in a cafe or on a bus.


Question: Is there a message you hope readers take from You've Let Them In?

Lois Murphy: Not everyone's a hero! We all make mistakes. And life would be boring if we were all the same. And be alive to what's around you, when your cat looks at you a certain way, know that she's thinking about you, and has probably just decided that you're a dag.


Question: What research did you do, prior to writing You've Let Them In?

Lois Murphy: Well, to be honest, none. I don't really do research, I make things up. As far as I'm concerned, it's my story and my creations, so I can do what I like. If someone wants to come along and say 'oh, a garden gnome would never say that, and anyway, they're not Australian', then so be it. They can write their own book.


Question: Who is your favourite character?

Lois Murphy: That's a hard question. Probably Sally, because she was the most fun, but I think in real life I'd really like Leo. And of course Hugo the cat is top of the hierarchy, by natural law. That's the beauty of writing, you can fill your world with the people you'd like to be around.

Lois Murphy: Don't think about what other people want, or what they're doing. It's YOUR work that will shine because it's different. Trying to be like everyone else, you'll just produce pale copies. Write or create for yourself, if you don't enjoy it, it won't work.

Lois Murphy: I've always read, all my life, and I've always loved writing stories. Books have always been my favourite things. It was my mum who got me into reading, she's always been a bookworm, and she was always so happy and engrossed with her nose in a book. We'd be wanting dinner and she'd be saying 'Just one more chapter!' I loved going to the library and then just curling up with a stack of books. Reading has always been a comfort zone.

Lois Murphy: Well, I'm considering a sequel to 'You've Let Them In'. I haven't quite finished giving Scott hell yet. I have an even nastier pair of ghouls ready for him, and I'm really looking forward to freaking him out a bit more. Writing is so much fun.