Bowel cancer rates in young Australians are on the rise. Normally viewed as a disease most relevant to older Australians, new research reveals a trend of higher incidence in a younger generation.

Between 1990 and 2010 bowel cancer rates have doubled in young Australians aged 20-29 and are up by 35 per cent in 30-39 year olds, according to the research published in the Journal of Gastroenterology.

To help counteract the increasing rates of bowel cancer in young Australians, consumers can adopt a diet rich in resistant starch, which can be found in some wholegrains, green bananas and beans.

Developed by CSIRO scientists, BARLEYmax™"the healthy grain has set out to ease the burden of chronic diseases like bowel cancer by capitalising on the possibilities of enhancing the nutritional value of wholegrains, like barley, to combat these problems.

According to Robert Burbury, Chief Executive Officer at BARLEYmax™, 'Young Australians need practical, effective diet and lifestyle solutions that can help reduce the likelihood of early onset of a chronic disease like bowel cancer.

'The research also shows that fast-food consumption has increased between threefold and fivefold among children and young adults since the 1970s. This behaviour comprises an important factor associated with bowel cancer, which is an increase in cooked and processed red meat consumption, which has more than doubled in Australia since the 1960s."

As consumption of red meat increases so does the risk of bowel cancer. However, a study by the Flinders Centre for Innovation in Cancer found that red meat and resistant starch have opposite effects on colorectal cancer-promoting molecules.

Burbury added, 'BARLEYmax™, which has been found to have twice the dietary fibre and four times the resistant starch of a regular grain, is delivering the potential to improve the well-being of young Australians."

'This adds to a growing body of research that shows including more wholegrains in your diet and cutting back on refined grains improves your health in a number of ways."

Naturally rich in fibre, wholegrains can lower your risk of developing not only colorectal cancer, but also cardiovascular disease, obesity and type 2 diabetes.

Since 2009, consumers have been able to add more wholegrains to their diet by enjoying the benefits of foods containing BARLEYmax™, with the natural, high fibre products available on supermarket shelves throughout Australia.

BARLEYmax™"the healthy grain represents the next evolution of superfoods, an enhanced wholegrain. Discovered and tested by the CSIRO, BARLEYmax™ is 100% GMO free, contains two times the dietary fibre and four times the resistant starch of a regular grain.

Interview with Robert Burbury from BARLEYmax

Robert Burbury: An enhanced wholegrain, BARLEYmax™ represents the next evolution of superfoods. Brought to life by the CSIRO, BARLEYmax™ is 100 per cent GMO free, contains twice the dietary fibre and four times the resistant starch of a regular grain. 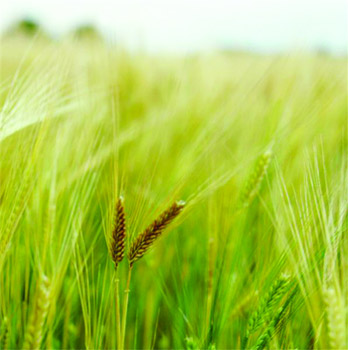 Question: What is different about BARLEYmax™?

Robert Burbury: Discovered and tested by the CSIRO, BARLEYmax™ is 100 per cent GMO free. Its nutritional profile is designed to help with some of the major diseases of the developed world.


Question: What is the fibre content of BARLEYmax™ in comparison to other grains?

Robert Burbury: BARLEYmax™ has twice the dietary fibre and four times the resistant starch of a regular grain.

Robert Burbury: High consumption of red meat has been shown to increase the risk of bowel cancer, a disease of affluence in the developed world. To help reduce the risks of high red meat consumption, consumers can look to a diet rich in resistant starch, which is found in BARLEYmax™.

Recent studies have found that red meat and resistant starch have the opposite effect on the health of your bowel. The most recently discovered type of fibre, resistant starch provides a range of health benefits

Robert Burbury: BARLEYmax™ has set out to ease the burden of chronic diseases by enhancing the nutritional value of wholegrains, like barley, to combat these problems. The benefits of products containing BARLEYmax™ are well understood by loyal consumers who have seen them work in many ways, such as better diabetic control, reduced cholesterol, improved weight and general well-being.


Question: Why was BARLEYmax™ developed?

Robert Burbury: It's clear that Australians need an effective way to increase their intake of wholegrains. To help achieve this, scientists at the CSIRO developed BARLEYmax™ because of its high content in dietary fibre and resistant starch.


Question: Can you talk about how BARLEYmax™ was developed by CSIRO?

Our comprehensive studies and trials have shown that a range of products with BARLEYmax™ as their key ingredient had low glycaemic index and produced positive changes in bowel health.


Question: How do you use BARLEYmax™?

Robert Burbury: Healthy conscious consumers can stay ahead of the game by finding products with BARLEYmax™ as an ingredient. Australians have been able to enjoy the benefits of foods containing BARLEYmax™ since 2009 and can find the natural, high fibre products on supermarket shelves throughout the country.