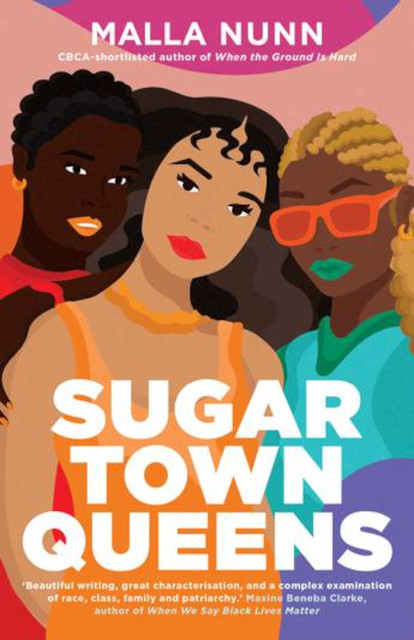 From the award-winning author of the CBCA shortlisted When the Ground is Hard, comes a stunning portrait of a family divided and an uplifting story of how friendship saves and heals.

Fifteen-year-old Amandla's mother has always been strange. For starters, she's a white woman living in Sugar Town, one of South Africa's infamous shanty towns. She won't tell anyone, not even Amandla, about her past. And she has visions, including ones that promise the return of Amandla's father as if he were a prince in a fairytale, but their hardscrabble life is no fairytale.

Amandla knows her father is long gone - since before Amandla was born - and she's pretty sure he's not a prince. He's just another mystery and missing piece of her mother's past, and one of the many reasons people in Sugar Town give them strange looks - that and the fact that Amandla is black and her mother is not.

Lately, her mother has been acting even more strangely, so when Amandla finds a mysterious address at the bottom of her mother's purse along with a large amount of cash, she decides it's finally time to get answers about her mother's life. With her best friends by her side, Amandla is ready to take on the devil himself, and as she confronts devastating family secrets and pain that has lasted a generation, taking on the devil is exactly what she must do.

About the  author
Born and raised in Swaziland on the far edges of the British Empire, Malla Nunn attended a boarding school specially set up for 'mixed race' children. The students at the school spent their time learning the Bible, breaking the rules, and then lying about it. In common with most colonial institutions, stealing, fighting, and violence were common. It was in this charged atmosphere that Nunn developed a fascination with bad behaviour, risk and punishment.

After her family migrated to Australia to escape apartheid, Nunn graduated with a double degree in English and History and then earned a Master of Arts in Theater Studies from Villanova University. Faced with a life of chronic under-employment, she dabbled in acting and screenwriting. She wrote and directed three award-winning films, including Servant of the Ancestors, which won Best Documentary awards at film festivals in Chicago, Los Angeles, and Zanzibar, and was shown on national television in Australia. She married in a traditional Swazi ceremony. Her bride price was eighteen cows. She now lives and works in a weatherboard house with a tin roof and an olive tree in the garden in Sydney, Australia.