5 Trends in the Entertainment Industry in Australia The Australian entertainment industry is bigger now than ever before. It has generated almost $36 billion over the years, growing at a steady pace since 2008. However, as popular as the industry is, there are still sectors within it which could use some much-needed improvements.

Here, we'll look at 5 trends in the entertainment industry in Australia which are currently shaping the sector.

1. More women being encouraged into the gaming sector
The gaming sector is one of the most lucrative in the entertainment industry in Australia, racking up way more than the film industry. However, while the sector is undoubtedly booming, more women are desperately needed to bridge the significant gender gap.

Statistics show that a staggering 82% of employees within the sector are male. This is a shocking statistic when you take into account that half of gamers are actually female. In particular, more women are required within senior positions in order to normalise women in the industry.

However, in a bid to encourage more women into the industry, events are being held such as the latest #SheHacksGames, which takes place in April and features an all-woman gaming marathon.

2. Advertising is becoming increasingly important
Due to how fast the entertainment industry is growing, it's opening up thousands of additional job opportunities. The advertising sector is particularly lucrative right now, with spending expected to reach around $17.3 billion by 2021.

While traditional advertising such as newspaper and television ads are declining, internet-based advertising is on the increase. It's estimated that by 2021, 55% of the advertising market in Australia will be made up from internet advertising.

Although initial predictions are that video-on-demand services such as Netflix and Amazon Prime will grow at a rate of 16.4%, it could be an underestimation. The Australian public have adopted services like these at a much more elevated rate than previously estimated. 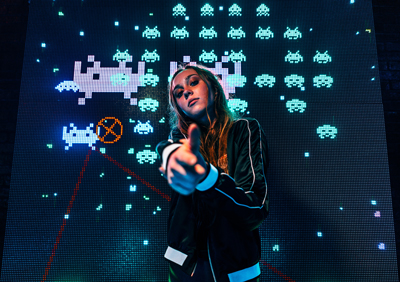 4. Legal frameworks set to be updated
One thing businesses within the entertainment sector in Australia need to be aware of, is the legalities involved. A lot of changes have been made within entertainment law already due to the rise in digital streaming. This year, it is expected the legal frameworks within the industry will once again be updated.

5. Smartphones make up large proportion of revenue
There's no getting around the fact that smartphones have taken over the entertainment industry. It's thought that 88% of Australians now own a Smartphone and they largely use them for entertainment purposes. This is only set to become more prevalent throughout 2019 and beyond.

As you can see, there are a lot of trends currently surrounding the Australian entertainment industry. The above are just the top 5 trends to watch out for.

Photo by Andre Hunter on Unsplash

Photo by Kelly Sikkema on Unsplash