Going to the chapel...or the park! 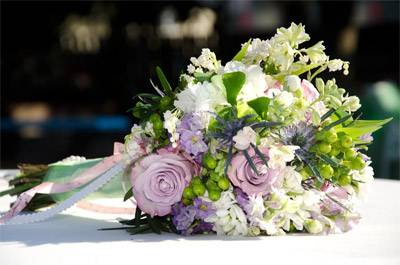 Going to the chapel...or the park!

The ABS's recently released statistics about marriages in Australia in 2010 showed the highest number of marriages ever registered in a single year and also a growing preoccupation with memorable wedding dates. With the most popular day to tie the knot in 2010 the 10/10/10, and with 11/11/11 a high sought after last year, wedding venues in Australia should brace for a busy time on a few days in 2012, as increasing value is placed on auspicious dates.

Lucky in numbers:
October was the most popular month for weddings in 2010, helped by the sequence of numbers in 10/10, and strengthened by the 10/10/10. Australians certainly place their faith in numbers as this was the only day that a Sunday exceeded the Saturday of the same weekend in relation to the number of weddings.

When they are taking place:
While Saturday is the most popular day to get married on by far, Fridays and Sundays are gaining momentum, perhaps as couples fight for the best venues and prices in an industry that turns over 4.3 billion a year (IBIS World 2011). Interestingly, Friday is continuing to boom and on some weekends in 2010 this day was even more popular than Sunday.

Time and money challenges are creating new options for couples. Some interesting choices of dates in 2010 and the number of weddings on these days includes:

Predicted dates in demand for 2012:
Wednesday 1/2/12: Despite its mid week positioning, it's likely Wednesday the 1st February will see a higher number of nuptials than any other Wednesday this year. For instance, the 1/10/10 was the most popular Friday to wed in 2010.
Sunday 12/2/12: With Sunday a day already increasing in popularity and the 12/12/12 falling on a Wednesday, it's likely those heading to the chapel will flit to this February date instead.
Saturday 10/11/12: Falling on the most popular day to wed and with its subsequent pattern of numbers, this date in late spring promises to be a super Saturday.
Wednesday 12/12/12: Despite its mid week positioning, it's likely a few couples will risk ruffling a few feathers of guests having to take leave from work to secure this unique anniversary date.

Transitioning wedding months:
The director of McCrindle Research, Mark McCrindle said, 'The wedding industry is seeing a migration away from summer as higher venue prices, competition for venues and increased flexibility in taking leave from work, influence couples as they choose a date. Similar to the travel industry, shoulder seasons have replaced summer as a more desirable option when it comes to tying the knot."

'While there are more weddings now than 20 years ago, fewer are in summer. The growing trend of outdoor weddings has made the moderate seasons more popular. There were ten days in 2010 where the number of weddings exceeded 2000, with four occurring in autumn and the other six in spring," said Mr McCrindle.

Across the states and territories:
Queenslanders were more likely to get married in 2010, with 0.6% of the state's population tying the knot and an average of 73 weddings per day. NSW came in at a close second, followed by Western Australia. Northern Territorians were the least likely to tie the knot with 0.4% of the population saying 'I do" in 2010.