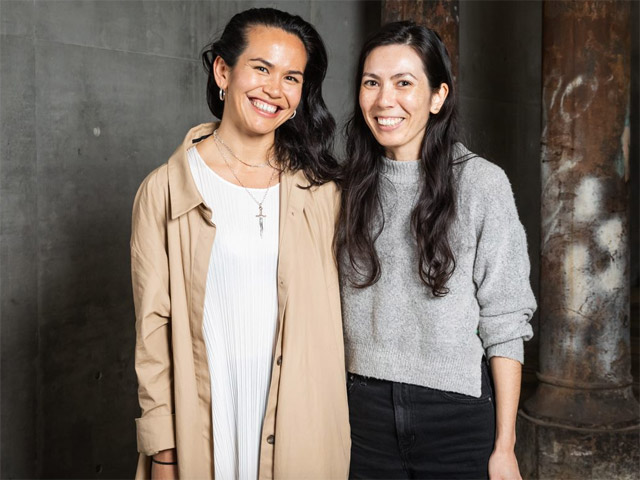 The biennial Keir Choreographic Award, now in its fourth edition, is dedicated to the commissioning of new choreographic work and to promoting innovative, experimental and cross-art form practice in contemporary dance.

The recipient of the 2020 Keir Choreographic Award is dancer and choreographer Angela Goh, for her work, Sky Blue Mythic. Performed by Goh to Corin Ileto's live operatic soundscape, Sky Blue Mythic imagined dance as a non-human entity. In a quest to move away from anthropocentrism, Goh's stark new work allows dance to alienate itself from human expression, in turn requiring the body to become an interface rather than a vehicle.

The Audience Choice Award choreographer, Amrita Hepi's work, Rinse questions whether being on the brink of extinction, or endings, has intensified the seduction of the past. An intimate solo based on a dynamic improvisational score, Rinse travels from end to end of an origin myth, positioning personal narratives in relation to dance, art, feminism, cannons, the void, desires, popular culture and colonial history.

A jury of international choreographers, critics and curators, Serge Laurent (FR), Mette Edvardsen (NO), Takao Kawaguchi (JP), Claudia La Rocco (USA) were tasked with the responsibility of selecting eight new commissions to compete in the semi-finals at Dancehouse, four works to be presented in the finals at Carriageworks, and the recipient of the Award announced on 14 March.

In making the announcement, Keir Choreographic Award Founder Phillip Keir said: 'Congratulations to Angela Goh, Corin Ileto and team for the glorious Sky Blue Mythic. A wonderful piece of sharply defined choreographic art that resonates with our times. And congratulations to Amrita Hepi, winner of the audience award for such a personal and beautifully observed piece of dance. It was an enormous privilege to be involved in supporting all eight dynamic and diverse pieces of best of Australian choreographic work.'

Australia Council CEO Adrian Collette said: 'Congratulations to Angela Goh, and to all the artists who participated in the 2020 Edition of the KCA. The Australia Council is delighted to once again be part of this important partnership that supports  the development and presentation of new choreographic work in contemporary dance. We thank the participants for sharing their creativity, talent and passion with us.'

Carriageworks CEO Blair French said: 'Carriageworks congratulates the recipient of the 2020 Award, Angela Goh, and Audience Choice Award Amrita Hepi and is proud to continue to support all participants in making new choreographic work. Commissioning new work by Australian artists is at the heart of the Carriageworks programming and the Keir Choreographic Award is integral in this area.'

Dancehouse Artistic Director Angela Conquet said: 'I was impressed with the multitude of layers and diversity of forms that all the selected artists worked with, as well as with the rigour and creativity with which they envision and embody choreography, by replacing the body to the centre of how we filter and reflect current times.

The Australia Council for Arts, the Keir Foundation, Carriageworks and Dancehouse have confirmed their continued support to another two editions of the Keir Choreographic Award (2022 and 2024), an exciting development guaranteeing the longevity of this signature Australian commissioning program.

THE PUBLIC PROGRAM
The Keir Choreographic Award public program, with its array of national and international jury members, panellists, guests and workshop leaders, ran concurrently with the performance seasons in both Melbourne and Sydney, providing a vital context for related and relevant discourse, reflection and debate.

HISTORY & MISSION
Choreographic Art in the 21st Century is an increasingly expanded and international field, incorporating a multiplicity of practices and production modes, and a diversity of aesthetic, philosophical and social perspectives. Supported by the Australia Council for the Arts and launched in 2014 as Australia's only cash award for choreography, the Keir Choreographic Award looks to identify and illuminate the most urgent and experimental choreographic practices occurring in the Australian context today.

The Award has fast become the largest generator of new choreographic work in Australia and offers a rare opportunity to develop and present new work. To date, the Award has garnered further commissioning and touring support, both nationally and internationally with works including Berlin-based artist Martin Hansen's If it's all in my veins which since 2016 has been presented in Hong Kong, Paris and Berlin. Previous Keir Choreographic Award recipients include Melbourne-based artist Atlanta Eke, 2014; Sydney-based Torres Strait Islander choreographer and performer, Ghenoa Gela, 2016; and Javanese-Australian choreographer and performer, Melanie Lane, 2018.