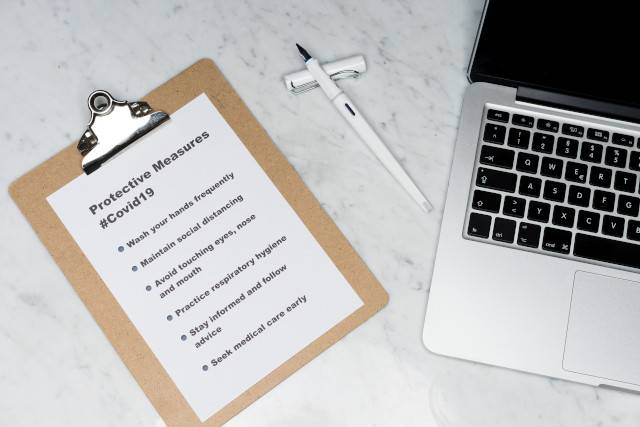 Professor MacIntyre made the following comments:

On herd immunity: There's a mathematical formula for calculating herd immunity, which relates to how infectious the virus is. And based on COVID-19 and what we know about it, we would need about 60 to 70% of people immune, which means that level of people or more infected. Frankly, as a medical doctor, I don't think that's even ethical to deliberately say we're going to allow 60 or 70% of our population to be infected. Half our population is aged over 40 or 50. So you're going to be creeping into that area where it'll just kill people. So I don't even think it's ethical to make a conscious decision that we are going to just let people get infected. I don't think it's ethical from the basis of our healthcare workers. How can we do that to them? We'll see dead doctors and nurses in that kind of scenario.

On waiting for a vaccine: We can't wish away this pandemic. We all want our lives to go back to what they were, but our lives have changed and until we have a vaccine, we can't completely control the pandemic.

On the dangers of a 'let it rip' scenario to achieve herd immunity: You can achieve immunity from natural infection, but you just need to go back to the pre-vaccine era and look at what happened with any vaccine-preventable diseases, whether it's smallpox, measles, mumps, rubella, varicella, you just look at the natural history of those diseases, allowing it to just rip through the community does not get rid of it. What happens is, you have cycling epidemics…They kill a lot of people and they occur at huge rates. You know, these are like the kind of epidemics we've never seen in our lifetimes, because we've benefited from vaccination. So if we let it rip, COVID-19, that's what we're going to see. We're going to see massive scale epidemics. They're not going to go away. It's going to be a worst-case scenario, a massive hit on the economy. Most workplaces won't be able to function because too many people will be off sick. And, you know, a lot of people will die, including younger, healthy people.

Photo by Markus Winkler on Unsplash