The most beautiful cities to wake up in 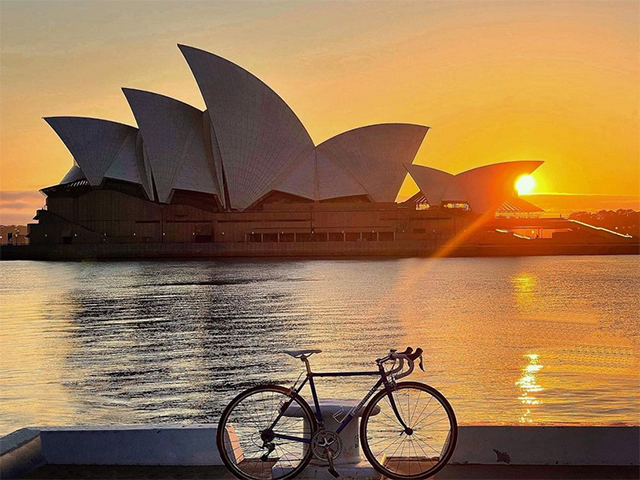 THE MOST BEAUTIFUL CITIES TO WAKE UP IN, ACCORDING TO INSTAGRAM

With spring now upon us and each morning getting lighter and brighter, Premier Inn has researched over 250 of the most populated cities in the world on Instagram to reveal the places that are being photographed the most when we wake up in the morning.

The number of hashtags for #goodmorning{city} were counted and compared for cities in the UK, USA, Australia and New Zealand, Europe, Africa, South America and Asia.

Instagrammers are rising early and getting their cameras ready to catch a glimpse of Oceania's most beautiful cities to see the sunrise in. Sydney takes the top spot as the country's most popular city to explore first thing in the morning, as well as eighth place globally, followed by Melbourne.

In third place is Brisbane, with #GoodmorningBrisbane posts showcasing the sunrise reflecting on the Brisbane river, a frequently snapped sight with the Story Bridge in the background.

Perth and the Gold Cost round off the top five with 2,940 and 1,391 posts under the city's hashtags respectively.

For New Zealand, Auckland ranked as the top city for rise and shining with 1,171 posts under the city's hashtag, ranking it in position six for Oceania.

A spokesperson from Premier Inn commented:

"The morning brings a fresh start to each new day, and what better way to start the day than experiencing some of the most beautiful city scenes at sunrise. Whether you're looking to wake up in some of the UK's best cities, or travel further afield to explore global cities at dawn, Instagram reveals which cities should be on the bucket lists of early risers everywhere.

The UK's capital comes out top - not just nationally, but for the entire world - and our research highlights some other beautiful cities both in the UK and abroad that are perfect to wake up and enjoy a cup of coffee in, from the peaceful seaside views of coastal cities such as Melbourne, to the quiet calm that comes over major cities like Sydney at dawn, before the cities spring to life and the hustle and bustle begins."

When looking at the most popular morning cities across the globe, just behind London is the Emirate city Dubai which is most popular amongst morning-risers on the social media platform, with over 28,200 morning hashtags for #goodmorningDubai. Following Dubai is Paris, New York, Berlin and Toyko.

Top 20 most popular morning cities around the world

Evidently, European cities are favoured by early-morning risers on Instagram, with seven of the top 20 cities located in the continent, including German cities Berlin and Cologne; Paris in France; Vienna in Austria; Amsterdam in the Netherlands and Dublin in Ireland.

The US proved the most popular country for morning exploration, with the five American cities in the top 20 amassing a staggering 62,000 hashtags. The Big Apple is the US' most popular city amongst early birds, followed by Chicago, San Diego, Washington, and Seattle.

Most popular morning cities in Europe: London is the most popular city for morning lovers in Europe, with over 39,000 hashtags under #goodmorningLondon on Instagram. The Parisian city of love ranks second in the continent, whilst German city Berlin rounds off the top three.

Most popular morning cities in North America: New York City is the fourth most popular city for early risers, with 18,700 Instagram users having posted snaps of the Big Apple as the sun rises over the city. In Canada, Toronto takes the top spot for social media morning uploads, with 7,062 posts under the hashtag #goodmorningToronto showcasing scenes of swirled golden clouds framing romantic morning shots of the skyline from Toronto Island Park.

Most popular morning cities in South America: Bustling Rio De Janeiro is South America's best morning city, and with 1,475 hashtags under #goodmorningRio, clearly Instagram users are making the most of the Brazilian city's sights as dawn breaks.

Most popular morning cities in Asia: Dubai is the second most popular morning destination globally, and the best city for early risers in the whole of Asia, with a stunning 28,200 'good morning' hashtags. Following Dubai as Asia's best morning destinations is Toyko with 14,800, Singapore with 7,450 and Bangkok with 6,900. India and Hong Kong also feature in Asia's top 10 morning cities.

Most popular morning cities in Africa: Nigerian city Lagos tops the rankings for African cities as over 3,800 hashtags show the likes of the Lekki Conservation Centre's canopy walkway (the longest in Africa) and Lagos' Epe mangroves backlit by morning sunshine. Cape Town in South Africa is the second most popular morning city, with over 2,200 hashtags.

A full breakdown of the most Instagrammed morning cities can be found at: https://www.premierinn.com/gb/en/news/2022/cities-in-the-morning.html