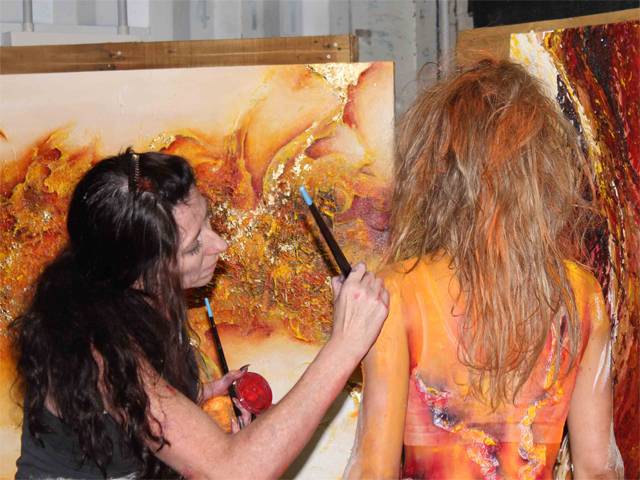 Gold Coast Artist, Tracie Eaton's brush with Hollywood celebrities continues as the Oscars 2020 announce the nominees for each category this week.

Ms Eaton spoke with Cindication as she prepared to board a plane headed to Los Angeles for an interview on Dawns Corner, a well-known TV channel which showcases exclusive products.

Ms Eaton said she was thrilled to be exposing her artwork in such a unique way.

"It excites me that talent such as Leonardo DiCaprio, Brad Pitt, Charlize Theron are in the running to receive my artwork and as an artist, it's fantastic to see that internationally people are interested in a celebration of artists doing what they love," Ms Eaton said.

"The Oscars is such a prestigious recognition of talent in the acting sphere, and I am overjoyed to be involved in helping to celebrate the success of the talent that has been nominated by gifting my artwork."

"My artwork is being delivered to their personal homes, so this is a very exclusive gift to the nominees involved," she said.

The Oscar nominees and likely recipients of the 20 gift bags showcasing Ms Eaton's customised artwork in miniature are:

Supporting Actor:
Tom Hanks, A Beautiful Day in the Neighborhood
Anthony Hopkins, The Two Popes
Al Pacino, The Irishman
Joe Pesci, The Irishman
Brad Pitt, Once Upon a Time in Hollywood

Director:
Martin Scorsese, The Irishman
Sam Mendes, 1917
Quentin Tarantino, Once Upon a Time in Hollywood 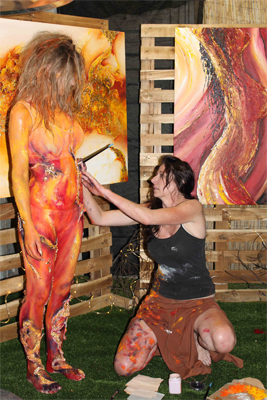 Ms Eaton said she wanted to personally congratulate and support the only Australian nominated.

"Margot Robbie is a talented Queenslander and she deserves to be acknowledged for her ongoing work."

Margot Robbie's on screen presence in Bombshell earned her an Oscar nomination for Best Supporting Actress. In 2019, the Queensland beauty received a nomination for the Golden Globe Award for Best Supporting Actress - Motion Picture, Screens Actors Guild Award for Outstanding Performance by a Female Actor in a supporting Role and she won the AACTA Award for the Best Actress in a Supporting Roles for co-starring in Bombshell. But it was Martin Scorses's epic 2013 movie the Wolf of Wall Street, starring Leonardo DiCaprio, that provided Robbie with her Hollywood breakthrough.

Forty-five-year-old DiCaprio has scored his sixth acting Oscar nomination for his lead role in Quentin Taratino's film, Once Upon a Time in Hollywood.

"And the second reason is that he is incredibly talented and I wanted to recognise this by way of a gift."

"The recent Golden Globes created a wonderful platform to highlight artists and world issues. The bushfires we are experiencing were mentioned many times and I'm sure the Oscars will be the same. The issues of climate change need to be addressed, not swept under the carpet," she said.

Ms Eatons original paintings are highly sought after around the world and the buzz surrounding the Oscars is infectious.

"People feel for a moment like they are part of the elegance of the event."